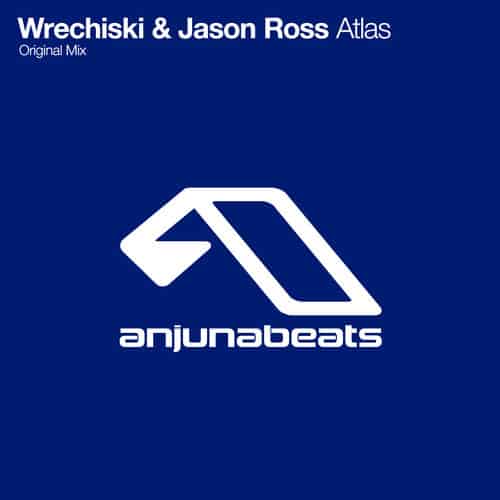 “I'm delighted to be revealing the biggest gift of this week’s show, something we played at Madison Square Garden for ABGT 100, and seems to have been an instant hit, rightfully so, so this week’s gift of the week is Wrechiski & Jason Ross with the absolutely wonderful, “Atlas“.

– Paavo Siljamäki of Above & Beyond

You heard it first at Above & Beyond's legendary performance at Madison Square Garden in October of 2014. Gaining momentum in the following months, it has been garnering support from some of the biggest trance names on the planet. Just when it seemed like the hype couldn't get any bigger, it was named the Record of the Week on ABGT 109. Now weeks after its unveiling, Wrechiski and Jason Ross are proud to finally release their massive original, Atlas, and is now OUT NOW on Anjunabeats.

This year of 2015, is set to be a huge year for the LA-based Jason Ross. After being named 2014 breakthrough artist of the year in DJ Mag by Above & Beyond, the talented Anjuna signing was named an artist to watch in 2015 by several media outlets, most notably YourEDM and LessThan3, and as a a result, there are no shortage of eyes and ears eagerly waiting for what Ross has planned in the forthcoming months.

“Jason Ross is the Future of Anjunabeats. ” – YourEDM

“As Audien, Arty, and Mat Zo continue to carve their own niche outside of Anjunabeats, 2015 will be Jason’s time to shine. ” – LessThan3

His former releases like Elements and his remix of Gravity blew the world away with their unique blend of powerful, yet intricate progressive house and trance elements and his latest collaboration with Wrechiski is a tune that is quite possibly – dare we say it – even BIGGER and BETTER than his past releases.

The future is ready for Jason Ross and it couldn't be brighter. Be sure to grab your copy of Atlas on Beatport and stay tuned to Jason's social media for all announcements.

Earlier this month, trance duo Euphoric Nation, alongside fellow producer Michael Fearon, surprised their fans with a huge milestone announcement. They shared that their...