Above & Beyond feat. Alex Vargas - 'All Over The World'
Advertisement 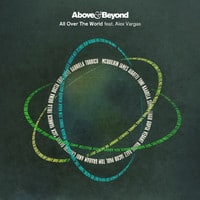 There's absolutely nothing better than a new Above & Beyond single. The trio's new track ‘All Over The World' is part of their new ‘We Are All We Need' album, set to be released January 20th, 2015.

Above & Beyond have clearly taken a strong liking to the track's vocalist, Alex Vargas, as he's on three tracks from the new album, including Blue Sky Action, Sticky Fingers, and Sink the Lighthouse. His soothing vocals add the perfect Above & Beyond signature touch needed to take the track to the next level.

The uplifting track won over the crowds at Madison Square Garden, where it was premiered. Check out the first time Above & Beyond ever played ‘All Over The World' at #ABGT100 or listen on SoundCloud below.