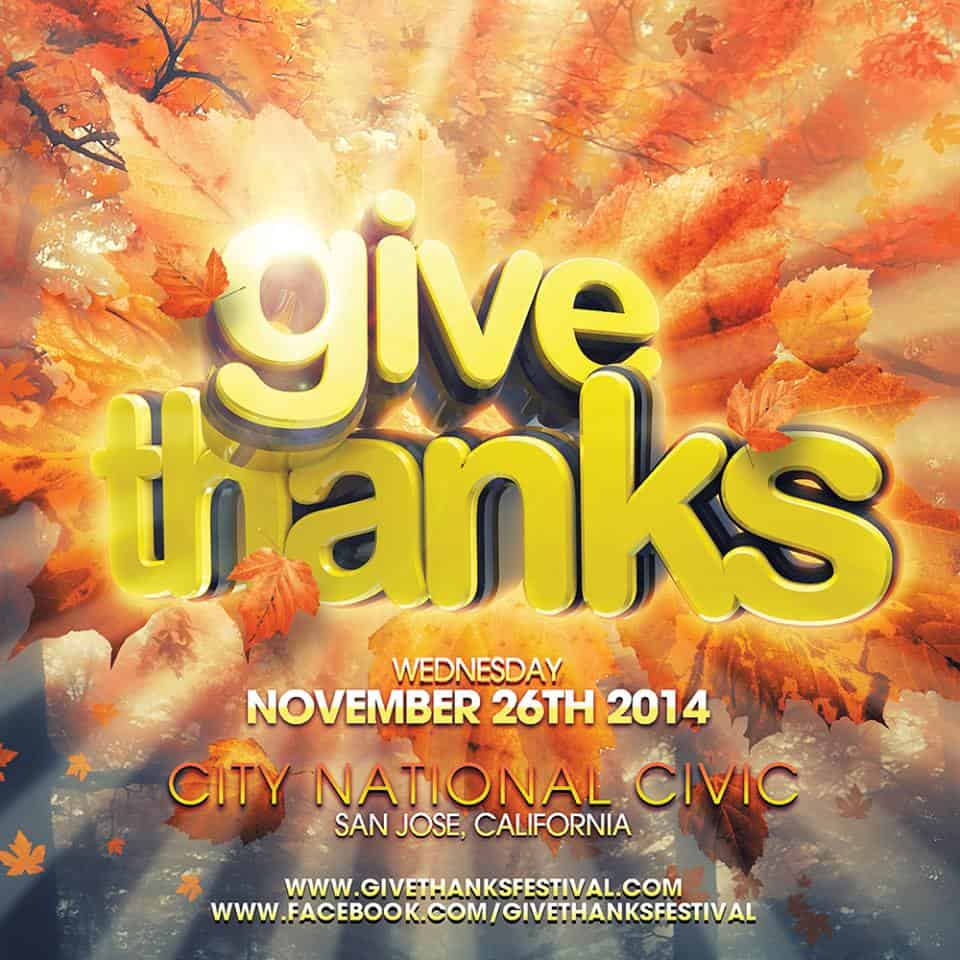 It’s that time of year again. Time for turkey, mashed potatoes, cranberry sauce and pie, and forced smiles with relatives. And of course, time for the yearly event brought on by Bay Area super forces Midnite and Vital Events; Give Thanks. This year the table was set for a trance-lovers feast. Sound Remedy, Ilan Bluestone, a live performance by Emma Hewitt, Cazzette, and ATB, with support from local talents Alexx Adam and Dauntel, a local producer who’s original track was recently featured on Above & Beyond’s radio podcast.

Complications arose when ATB grew ill and had to cancel his performance last minute, the first time he had done so in over 15 years. Luckily Ilan Bluestone stepped up to the plate and dished out a double serving of trance goodness. From start to finish Ilan had the crowd moving. The Civic Center ground shook as everyone jumped to the beat of “Big Ben”, a hard hitting original track. His remix of the OceanLab classic “Satellite” had the crowd reaching for the sky and singing their hearts out.

As Ilan Bluestone left the stage the crowd was left wanting more, and Emma Hewitt was up next. The room erupted as she ran on stage opening with her collaboration track with Dash Berlin, “Waiting”. Her performance was packed with emotion and energy; she ran back and forth the stage, encouraging people in the front row to sing into the Mic. Her setlist ranged from original tracks with big name artists such as Armin Van Buuren and Cosmic Gate, to covers of other popular songs such as Summertime Sadness by Lana Del Ray. After 30 minutes her set was over and it was time for Cazzette to take to the stage.

Cazzette took the stage by storm dropping a genre-diverse high energy set ranging from deep house to trap that had the crowd on their toes trying to keep up. It was obvious from their performance a change in Cazzette’s sound is in the midst. Even all time classics such as “Beam Me Up” were played out as remixes, and there was a heavy focus on the future house sound.

At the end of the night everyone left happy. Ears full of some of the best music in the industry, eyes still glimmering from the lights and lasers, and hair full of confetti. There is no better way to prepare for Thanksgiving than Give Thanks. Vital and Midnite have delivered once again, and we’re all eagerly anticipating their next event.