Up All Night with Arty at Exchange LA [Event Review]
Advertisement 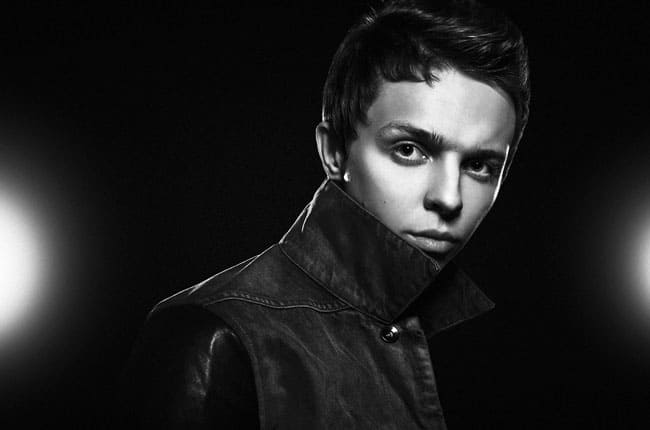 Because there really isn't a party… without Arty. What a night it was. If you happened to be in LA for Arty's Thanksgiving eve show at Exchange, you should still be going through withdrawals just like myself. Arty's major stop in his final stretch of his Up All Night tour was held in the historic venue, Exchange LA. By the time I got there, the entrance line was going around Spring St and 6th St in downtown LA, which already tells you something.

I will say with no hesitation that he is one of my favorite DJ/Producer's to see live because he plays such an eclectic and energetic set that keeps you wanting more. Arty was the first artist who got signed on Insomniac's fairly new label, and has had an incredible year so far building his legacy of powerful progressive house tracks.

Exchange reigns as one of the premiere EDM venues in LA. To me, only the Palladium could top it. What I like the most about it is that it still has the nightclub vibe to it while being large enough to hold big names like Arty and other major artists. One of the things that frustrates me the most about going to clubs is the feeling of over capacity and immobility, especially for a big name DJ, and Exchange definitely doesn't fit in that category for me.

A multi-level venue, Exchange is housed in the former Los Angeles Stock Exchange building with six bars spread over four levels, plenty of smoking areas and more bathrooms than any club in LA. The first floor has a small bar and bathrooms with a beautiful staircase that takes you directly to another bar and the main dance floor. In the massive bronze doors going up the stairs you can see a huge Insomniac logo glaring. Getting a drink there is no issue. The forty-foot ceilings and the massive LED screen catch your eye immediately as you enter the second floor. To top it off, there is a third floor VIP area with 3 bars that gives you a bird's eye of the entire dance floor and DJ booth, not to mention the incredible sound system that makes you want to lose yourself.

Starting the night off was Finnish producer Lenno who rocked the crowd with favorites such as Chromeo's “Jealous” and his own “Wake Up.” Up next were Matisse & Sadko which are two Russian producers that I wasn't really familiar with until that night and was pleasantly surprised, fist pumping to “Riot,” their collaboration track with Arty.

Arty finally joined the crowd around 12:30 AM and delighted us with an intense set filled with his newest songs such as his remix of London Grammar’s “Hey Now” and “Up All Night,” with Angel Taylor's amazing vocals. What I love the most about this guy is that he shows some love to a lot of different artists throughout his set, hitting the crowd with new and old hits, which I think are tracks that he gets inspiration from for his new upcoming album. Eric Prydz, Porter Robinson, Above and Beyond are some to name a few. He closed the night with his hit remix of One Republic's “I Lived.”

I sure cannot wait for his new album release. With a packed schedule for the rest of the year including more releases, Music Videos, and tour dates, Arty and his fans surely have more than enough to look forward to.

BREAKING: ARTY Sues Marshmello For Copyright Infringement Of His Remix of One Republic’s ‘I Lived’

News has broken that Russian producer, ARTY has officially filed a lawsuit for copyright infringement against Marshmello. The suit stems from the similarities in...

It might sound a bit hyperbolic, but I really am hard pressed to find someone producing such excellent music on a regular basis more...