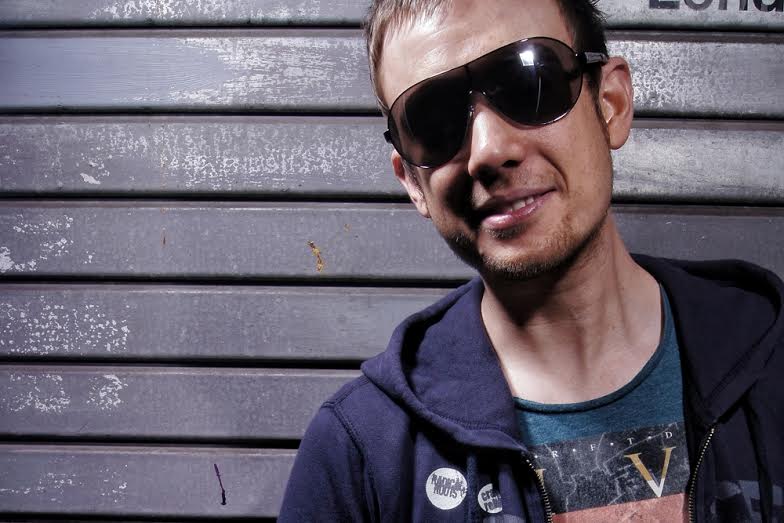 Hailing from Liverpool, England, Jordan Suckley played his first Escape All Hallow’s Eve this year at the NOS Events Center in San Bernardino, California. Having played one of the best sets of the entire evening, Jordan was still on an adrenaline rush having just come off the stage.

“It was incredible. It was a little bit stressful getting here actually because of all the traffic. We were coming from the airport, we just got in from Liverpool, so we didn’t know what to expect, but it’s been nothing short of amazing.”

Jordan constantly travels around the world to perform for hundreds of thousands of people all year round. Traveling so much, Jordan spends little time at home in Liverpool. Even though the Atlantic Ocean is between us, there are some similarities in the way we celebrate Halloween.

“I’m a little bit out of touch with reality back home to be honest because I travel so much, I don’t know what day it is a lot of the time. I always DJ away on Halloween, but everyone goes out trick or treating.”

Always hard at work, it’s no wonder that Jordan has received praise and support from some of the biggest names in EDM, including Armin Van Buuren, Paul Van Dyk, Paul Oakenfold, just to name a few.

“It’s incredible. When I first started making music, not a lot of people were interested. A couple of people would play my tracks here and there. Then all of a sudden, about 2 years ago everyone jumped on my stuff and started supporting me and I got so much other stuff that no one even knows about so it’s incredible.”

Jordan has already multiple achievements under his belt. He has gained residency on the critically acclaimed BBC Radio 1 and his hit track, ‘Elation,’ reached number 10 on the Beatport Trance Top 100!

“Elation actually got to number 10, but I make music mainly for gigs really. If I’ve got a big gig coming up, I’ll make a track or two for that or if I have a random idea, I just go with it. I don’t think about making a Top 10 Track, I think about my music, but if people like the track, they’ll buy it.”

Supporting other DJs, just as he was supported when he began, Jordan has been working with Sam Jones, who has a remix of Jordan’s track ‘Contaminated,’ which is one of his biggest tracks to date.

“The original version of ‘Contaminated’ was made for a compilation, but it became my best selling track in the last year. Sam Jones is a great technical DJ who I’ve been supporting so that’s why I brought him on board.”

With 2014 already such a big year for Jordan, he still has a lot more in store for the remainder of 2014, going into 2015. Unfortunately, he can’t reveal to much, but he did hint at some pretty big shows coming up!

“I’ve got a ton of projects, but I’m not allowed to say. I’ve got a remix coming out and then next year is all about doing Damaged parties everywhere. We have the first one in December in Italy and then in January, we’ll start doing them everywhere.”

Jordan has gained support from fans all around the world and his fan base is only going to continue to grow! Through all this success, Jordan has stayed humble and is still amazed to see so many people come to see him. He’s put in countless hours of work in the studio and his efforts has paid off big for him!

”It makes me really happy! I just think I’m some normal guy from Liverpool and it’s crazy, but I’ve spent a long long long time kind of getting to the sound I have now and putting the effort in. I get to a new country and it’s incredible to see how many people are there to see me.”

Of course, Jordan knows that without his fans, none of this would be possible. He’s got a lot of surprised in store for us and rest assured that you’ll be hearing it here on EDM Sauce!

Thank you for supporting my tracks. Without you this wouldn’t be possible and I can’t wait to show you what we got coming in the next few months!”

Advertisement. Scroll to continue reading.
In this article:interview, Jordan Suckley