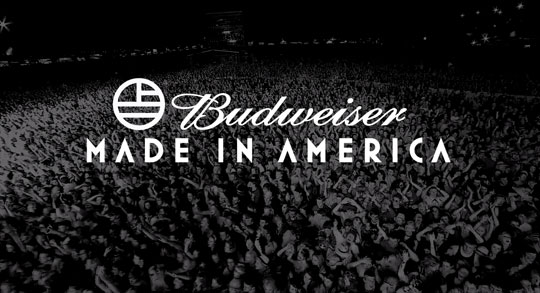 Jay-Z‘s Budweiser sponsored festival, Made In America fest, started off as a Philadelphia based event. But after a couple years of huge line ups, they decided to have the event in L.A. as well at a different time of the year, to spread the brand to a larger demographic. This past August, the festival had it's West Coast debut with a stacked line up of multiple genres [hip-hop, rock & electronic music]. The two-day festival was a huge success but racked up a $670,000 bill after all was said and done, which in reality isn't that bad for a music festival. But, surprisingly enough, L.A. Mayor Eric Garcetti stated that LiveNation [production company that held the festival] is required to pay a half-million of the $670,000 and that the city will pick up the rest. A lot of people feel pretty outraged by this situation, but the event did bring a good amount of Jobs to local residents and brought a ton of music and festival fans to the West Coast for the first time who stayed at hotels, ate at local restaurants and drank in the bars. What do you guys think about the festival and what the mayor said?

In this article:Made In America