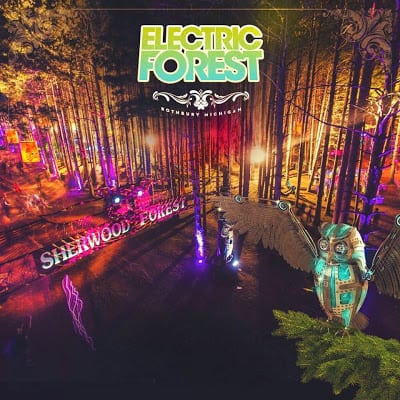 After a slim margin of approval by the Grant Township in a board meeting earlier this week, Electric Forest will officially return to the Rothbury, Michigan next summer from June 25-28, 2015. It was reported that the board meeting involving the decision to allow the permit was a close call with a 3-2 vote in favor of the event.

According to sources, the economic boost and amount of community support involved in this event was too much to override a number of concerns that included traffic congestion, noise complaints, and other various circumstances. The Grant Township has been involved and receiving great exposure and funding from ticket sales from this event and its organizers since 2008. E-Forest is produced by Insomniac Events and Madison House.

Check out Electric Forest‘s website and Facebook page for more info on upcoming announcements including tickets and other important tidbits. Read the full article from local coverage about the vote here.

Forest family, it is a sad day for all of us. It was recently announced that this year's sold-out Electric Forest has been canceled....

It is an unfortunate night for Electric Forest future attendees. It has just been announced on social media that the request for a change date for...

This past week, Electric Forest has been at the center of conversations within the dance music community. After announcing last week that ticket sales...