10 Most Overplayed Songs at TomorrowWorld 2014
Advertisement 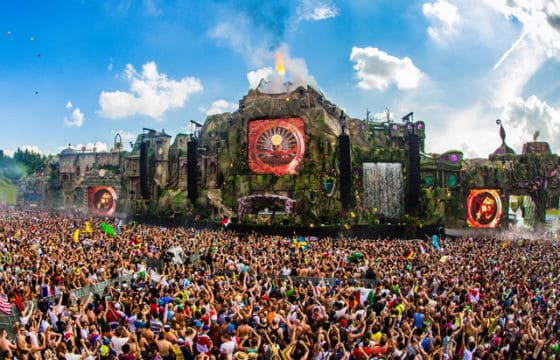 Still recovering from the madness, emotion, and sheer excitement that TomorrowWorld 2014 brought us, we begin to reminisce about the mind-blowing sets that we encountered for 3-days-straight. The fierce competition of “who can play the best set” between DJs, along with the need to keep a popular vibe with their fans means that you were absolutely guaranteed to hear more than a few songs played over and over during the festival. It's not a terrible thing, but, after being sleep and nutrient deprived after day 2, it became irritating to be continually ear blasted by the same songs set after set. And just for all of you EDM hipsters who are sitting there saying, “That's why you shouldn't bother with mainstage, it's so mainstream and you have a small spectrum of music”, I traveled to every stage and watched sets from all artists and STILL heard these songs. So, without further ado, here is a list of the top 10 over-played songs at TomrrowWorld 2014 in Chatahoochee Hills, Georgia!

9) Deorro – Bootie In Your Face

3) John Legend – All of Me (There were so many remixs of this song played, that I couldn't just pick one! So here is the original.)

Can you believe that we are it's already July 1st!? Its full-blown summertime here in the US and with summertime comes tons of new...

Can you believe that we are already in the month of June!? Its full-blown summertime here in the US and with summertime comes tons...