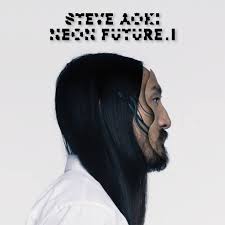 Ultra Records has just tweeted that anyone who has purchased a track from Steve Aoki's new album, Neon Future I, can now preorder the complete album at a discounted price.

Steve Aoki's Neon Future I is expected to be released September 30th through Ultra Records. The album features collaborations with a variety of artists such as Fall Out Boy, Flux Pavilion, and will.i.am among many others. The September 30th release date has been changed from the original, Aug. 12. However, the new release date of Neon Future I also means that his Madison Square Garden show will be rescheduled. That date has not yet been announced.

Check out Steve Aoki on SoundCloud for some album previews, including remixes of his latest hit ‘Rage the Night Away'.