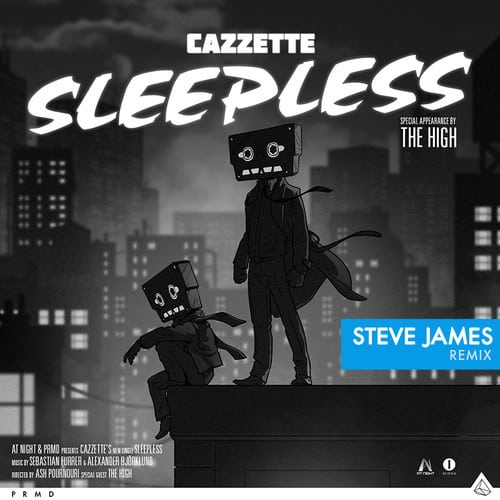 Steve James is known for his big and melodic progressive house tracks. For his remix of Cazzette's “Sleepless”, he has kept with the melody driven production that all his tracks have, but has produced a lighter, easy going instrumental to go along with the obviously great vocals. “Sleepless” is quickly becoming an over remixed song, but not only is this one among the best, it also has an interesting story to it. Steve, like most young guys, does stuff in his room with his hand and quite often that is petting his childhood dog. His dog had become under the weather recently and he was, understandably, a bit concerned. Steve produced this song for his dog because he is sleepless without him, just like the lyrics in the song. There's good News though! The dog is functioning normally again and is about to partake in an ALS ice bucket challenge.

That story may or may not be true although I did just make it up. The song is good though, and Steve James is a cool guy I hear, so give him a like on Facebook if you haven't already, and enjoy the song.

In this article:Cazzette, sleepless, Steve James