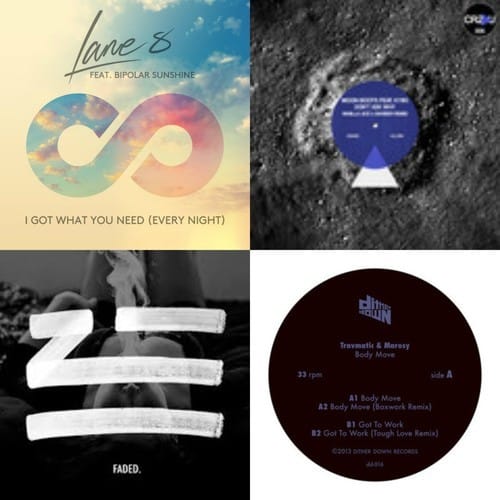 Vanilla Ace, Lane 8, and Travmatic are all coming to Brooklyn, New York this Saturday, to graze in the Grasslands. If you are unfamiliar with these artists,  here is a start-up kit. As well as a mini-mix of all three artists. When you can't get enough, click here to get your tickets. They are $12 online, $15 at the door. Enjoy!

This London Dj and producer will be the headliner this Saturday night. He started making moves in the scene in 2012 with multiple releases from various labels (Toolroom, MODA, Bloackhead, Maquina, and Ministry of Sound.) His sound is a sultry mix of House and Disco, with just a hint of an 80’s vibe. Creating a sound that you can't get enough of. Needless to say, we're excited to be covering him tomorrow night.

Bringing in a some Dreamy Backrub House, is Lane 8. A San Francisco-based DJ and producer who made his name known with this debut single “Don't Want You Back” in 2012. More recently, Lane 8 has had great success with his Record Label debut via London’s Anjunadeep. The featured single “Be Mine” hit the #1 spot on hype machine within the same week it was released. An interesting side note about Lane 8: The name comes from competitive swimming. The slowest guy is put in lane 8 and he thought it would be a funny name for a band. Take a listen and get a musical backrub from Lane 8 below.

Travmatic is a local New York City Disco/House producer who is gaining some traction. He is also one of the members of Kaviar Disco Club. Be ahead of the game and come early to check him out.

Blossoming melodic house producer Jerro has cultivated the attention of fans and industry professionals alike with each subsequent release in his catalogue. Notable releases from this...

EDMsauce.com Artist of the Week: No Pants Party

What is going on dance music fans! Welcome back to yet another fantastic piece in our Artist of the Week Series! We are featuring...