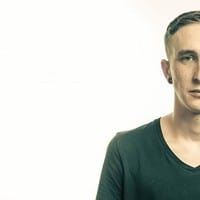 Check out this banger remix by William Black of Dirtyloud's “Vampires Come Out.” The track is a very clean edit of the original that brings out the spook and grimy vibes. This tune takes out the original vocals and goes hard with some great enhancements to the build-ups and gives the melody some serious electro house friction.

William Black is an up and coming producer from Los Angeles. Click HERE to get the free download by liking his Facebook page. His tunes feature some great variety in genres and styles. He has two amazing chill tracks, a mashup called Iris v. Alive (Virtu & William Black Mashup) and a really cool jam called 1969 that's considered “electro step.” He's received support from Thomas Gold, Audien, and Dirtyloud on his tracks.

Follow William Black on Soundcloud, Facebook and Twitter for the latest updates. He also has thought provoking statements on his social media. For example, his twitter bio: “If trance was a genre of food it would be mexican food.” Enjoy the tune and don't get too excited about Halloween. It's still August.

In this article:dirtyloud, Vampires Come Out, William Black

The latest single off of Lowly Rising is “Take Me” by William Black, Matte and RUNN. The intense, festival ready production style is reminiscent...

NOTOK , pronounced Not Ok, dropped a remix of Dabin’s You & I feat. Jenna Pemkowski. The Los Angeles based producer is known for...

If you enjoyed the unique flip of his recent Linkin Park remix, you'll be stoked to get a vibrant new sound this week from...