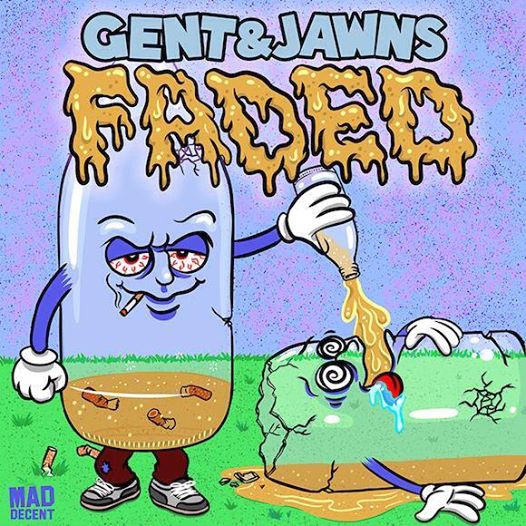 Here's some crunk fire from Gent & Jawns that requires a helmet for safety while listening. Billy the Gent and Long Jawns hail from Washington DC and West Virginia respectively and this EP called “Faded” goes as hard as anything in your music sphere right now. It's been fun to watch Gent & Jawns evolve and this EP takes moombahton, trap, and bass to the next level of dance music where few like Flosstradamus, Diplo, Baauer, and Bro Safari have taken it.

The four-track EP includes the hit “Turn Up,” which was released about one year ago, and a remix of it from Kill The Noise that has a filthy second “drop” with some festival-style trap. “Fireball” and “Let Em Know” are made for the same high-level energy and crazy hood atmosphere party anthems. A mini mix of this EP was released 8 days ago but now you can buy it HERE on iTunes or at BEATPORT or Amazon.

Mad Decent block parties are in the announcement stages with lineups out, make sure to check them HERE for tickets and tour dates. Listen to “Faded” below and stay connect with Gent & Jawns as they prepare for a big 2014.