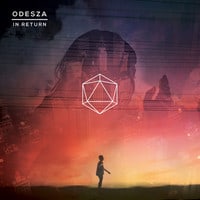 Recently, ODESZA released a new song ‘Memories That You Call'(featuring. Monsoonsiren) off of their upcoming album ‘In Return' due out September 9. This will be ODESZA's second album following their debut album entitled ‘Summer's Gone.' The Seattle born duo made up of Harrison Mills and Clayton Knight specialize in chillwave electronic music and deliver unique and mellow tunes. Their new song ‘Memories That You Call' is no exception; the song starts off with a very peaceful and tranquil melody but quickly breaks into a more uplifting energetic chill tone. Monsoonsiren's voice adds to the tranquil yet upbeat tone. This melody cheerfully dances around in your ears and will brighten your day.