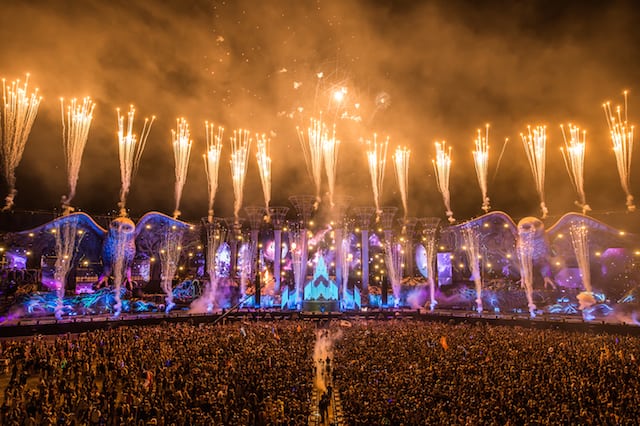 The stage was 440 feet long. That's 147 yards which is 27 yards longer than a football field: Goal post to goal post. Almost 6 times larger than the stage used during Pink Floyd's “The Wall” tour, and more than double U2's 360 tour stage that held the previous record.

Just shy of 80 feet tall, this stage was roughly the size of a 7-floor building. If there was a single flight of stairs going to the top of the stage, it would have about 140 steps.

Needless to say, it served it's purpose. Entertaining a constant flow of 70,000+ people for 32 hours is not an easy accomplishment. We're all interested to see how Insomniac 1-ups their build for next year.