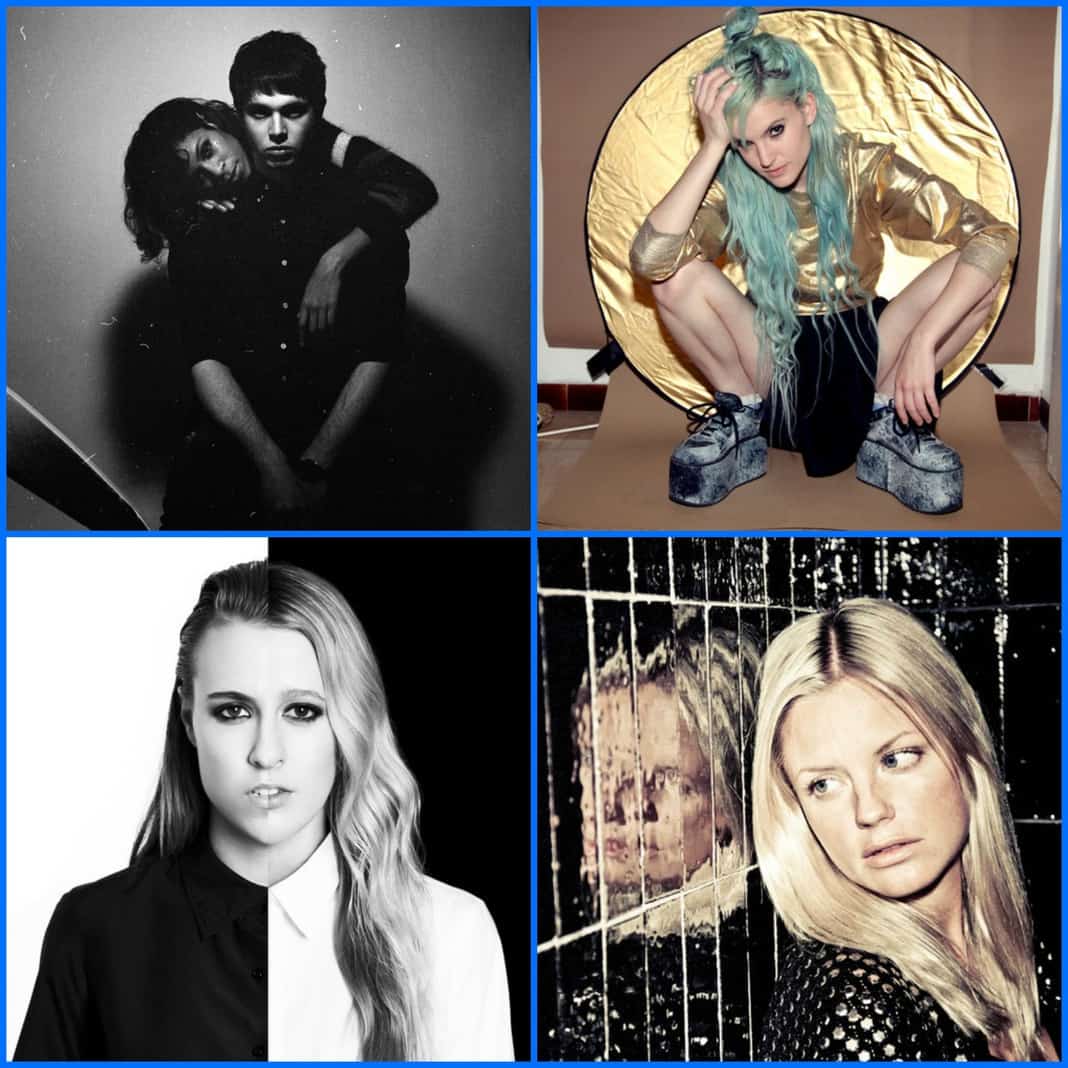 Happy Friday everyone! It’s another day of some great beats with some talented artists.
Up this week is Aluna George, Adi Ulmansky, Eli & Fur, and Ida Engberg. Each serving up a variety of music. But before we get into our featured artists, we wanted to give you an update on the ‘Still Dancin' event that had Colette as it's headliner. Enjoy!

Deranged productions and the Glitz set up an event,'Still Dancing', that had the great idea to bring in three heavy weight headliners: DJ Icey, Frankie Bones, and Colette. Femme Fatale Friday was lucky enough to get an interview in before seeing her play in Detroit last weekend. It is safe to say that she was on of the greatest acts of the night. Aside of her talents, being able to produce great music, and be able to mix and sing just as well as she does in recordings. Colette was a very warm and approachable individual. It as a pleasure watching her play live. So don't miss the opportunity when she comes to a city near you.

Coming up fast for a while now, are the London duo Aluna George. Made up of Aluna Francis and George Reid. These two found each other in June of 2009, when George asked Aluna’s former electro-pop group, My Toys Like Me, if he could remix their single ‘Sweetheart’. From there, they were hitched together as music partners. Creating electronic beats with beautiful melodies and vocals. You might have heard their first top forty hit which was their collaboration with Disclosure, ‘White Noise’. Below is just a little mix of their other productions.

Coming all the way from Tel Aviv is singer, rapper, and producer Adi Ulmansky. Delivering some seraphic vocals infused with moombahton, trap, RnB and other electronic beats. Her productions are vivid, visual, and electrifying. Keep an eye out on this one and check out her music below.

Another duo coming out of London are Eli & Fur. They have been making their way in the scen for a while now. Gaining traction in 2012 and have had a steady streamline of success. After hearing their productions you’ll know why. Their productions are smooth, sexy, a little sassy, and very dynamic.

Last but certainly not least is a DJ and producer from Stackholm, Ida Engberg. Her first gig as a DJ was assigned to her by destiny. The DJ for the night didn’t show up and Ida was there ready to spin, unknowingly launching a successful new career. Since then Ida has worked with numerous talents, played a wide range of events and festivals, and created great productions. Check them out below and enjoy!

UK finest Eli & Fur presents one of its most exquisite gems of the year, as the duo takes its audience on a beautiful...

Hot off of Hydrah’s successful release of her sophomore EP “Nostos,” earlier this year, Hydrah has returned with an enticing techno banger titled, “Paradigm...