Gibbzmatik Brought The Funk to The City of Brotherly Love
Advertisement 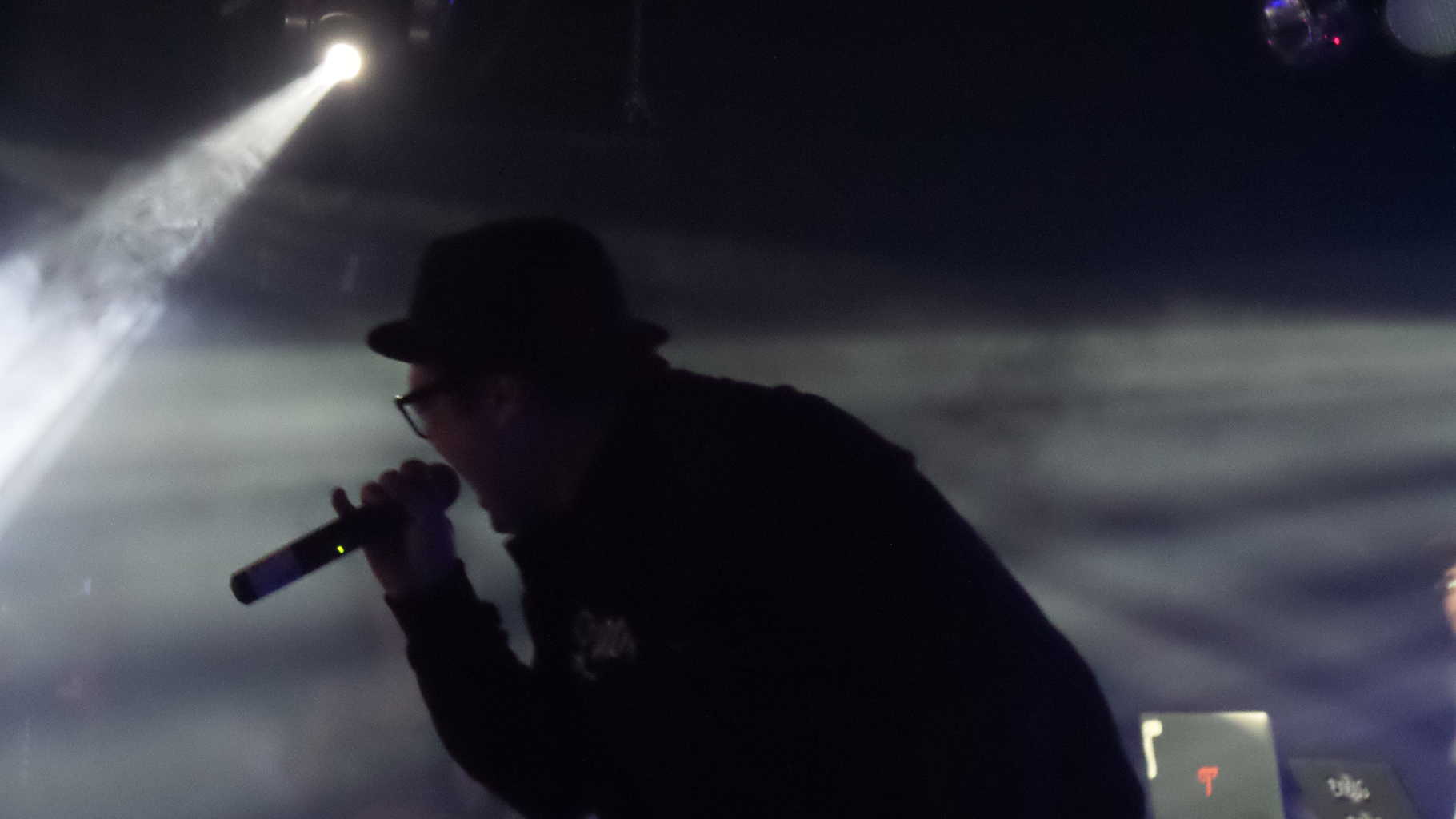 Last night at District N9ne in Philadelphia Artisan Presents brought out Gramatik and Gibbz for a night of funky debauchery. Doors opened at 9pm and from then on it was non stop jams. Illumntr started up the night with guitar riffs and dub rhythms and soon after Branx took the stage and got the ever growing crowd moving with funktastic disco beats that grew darker and darker as the night progressed. I have frequented this venue for years and it was more packed than I have seen it in awhile. The crowd was an awesome mix of dance music and jam band fans, bringing out both the kandy kids and hat pin aficionados.

ExMag came out at 11:30 and crowd responded accordingly with total enthusiasm. Honestly the entire show up to this point was refreshing. Dance music in general has become very cookie cutter, and variation has become hard to come by especially in a market like Philadelphia which is smaller relative to its neighbors to the north and south, respectively New York and DC. ExMag threw down an awesome hour set. Towards the end I took the time to explore the venue, which was set up with seating around the perimeter which people took advantage of to sit down and chat or enjoy the Poi and hoopers who took over the back part of the venue. The drinks were very reasonably priced and the all important water was super cheap at only $3. Just as ExMag finished up their set Gibbz came out to sing vocals over their last few tracks. Once they finished up Gramatik came out to join his cohort for the evening.

Gibbzmatik crafted a brillant 90 minute set. Gramatik stayed back DJing while Gibbz jumped around from vocals, to guitar, to keyboard, to mixing as well. The dynamic duo brought back classic rock tracks as well a mo-town soulful feel, while seamlessly blending their signature brand of dirty future funk and bass. The crowd loved every second of their set, especially when Gibbz grabbed the Mic and took the front of the stage to belt out the vocals to tracks like ‘Get a Grip' and ‘Tilt Mode”. The evening was a huge success as all parts of Artisan Presents and the District N9ne staff worked together perfectly to put on the killer show. The security was professional but not bothersome and promotion was clearly well done judging by the size and excitement of the crowd. Gibbzmatik are playing Pittsburgh tonight and without a doubt are going to put on the same mesmerizing performance as they did less than 24 hours ago. If you are in the Philadelphia or Pittsburgh areas it is worth checking out what is coming next from Artisan Presents as they are continuing to bring some fresh sounds to the major cities of Pennsylvania.

Ticket Information can be found here for any and all shows below or ones announced in the future!

In this article:Gibbz, Gramatik, Review

I had the wonderful opportunity to attend my third Lollapalooza this year. Going in I wasn’t sure what to expect from this year’s festival...

It's good news for fans of Bensley today, as he releases his long-awaited sophomore album ‘Muskoka'. Four years have passed since Bensley released his...

Now having become on of Colorado's staple music festivals, Sonic Bloom is about to launch its 14th annual installment with a little help from...