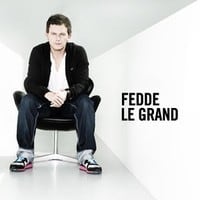 Since his tragic death in 2009, two unreleased albums have been released under Michael Jackson's name with unreleased tracks and projects. The vocals for most of these tunes were made by Jackson in the years before his death. L.A. Reid, Chairman & CEO of Epic Records, is responsible for these releases on “Xscape,” an album with eight (and an additional ninth) tracks available for purchase. Some original work on this album from Jackson was previously leaked but not released. Reid had some of these recorded vocals from Jackson as early as the late 80's and early nineties. He sought out producers like Timbaland to finish production on five songs on “Xscape.” The track “Love Never Felt So Good” was first heard at the iHeart Radio Music Awards earlier this month.

The team behind Jackson's releases put out a remix by master producer and DJ Fedde Le Grand this week, and the video below is a direct link from Michael Jackson's VEVO channel on Youtube. Check it out. The link to the audio is available through Soundcloud and was recently played on BBC Radio 1. You can pre-order the remix on THIS LINK from Fedde Le Grand.