Voyager by Minnesota Out May 20th (Preview)
Advertisement 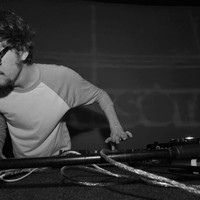 Producer and DJ Christian Bauhofer AKA “Minnesota” from Santa Cruz, California is back with a new single titled “Voyager,” to be released on May 20th. Minnesota is known for mostly bass and dubstep music but has a following from fans all over the map. He is currently on Tour and will be in 18 different states before June. Check out his tour schedule here.

You can listen to the whole song here on Soundcloud. Minnesota has been relatively quiet in 2014 and this is his first original release. This is a beautiful melodic track with chill vibes that definitely give “Voyager” the feeling that you are on an epic adventure. “Voyager” will be available as a free download when it is released on May 20th.

Vital Events are back at it again with their yearly iteration of bass music paradise called Wobbleland. Founded in California, the event has seen...

Wakaan has been on a  roll this year with consistent releases from their artists like Minnesota, Peekaboo and Esseks. Yesterday, they officially announced their very own...