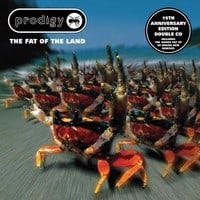 Khlameleon808 also known as Josh Prescott, recently paid a tribute to two of the greatest EDM trios of all time, and the outcome was outstanding. By taking fragments of three classic pieces from The Prodigy, and mashing it up with The Glitch Mob’s modern EDM sound on “Breathe,” the talented DJ was able to create an wild ride through Bass Music.

Dating all the back to 1997 when The Fat of the Land was originally released, with recently The Glitch Mob’s addicting spin on “Still Breathing” featuring The Added Fat EP. This past last weekend at Coachella or watched the stream, you will know this song instantly ignites the live audience, and an erie Music Video to go along with it.