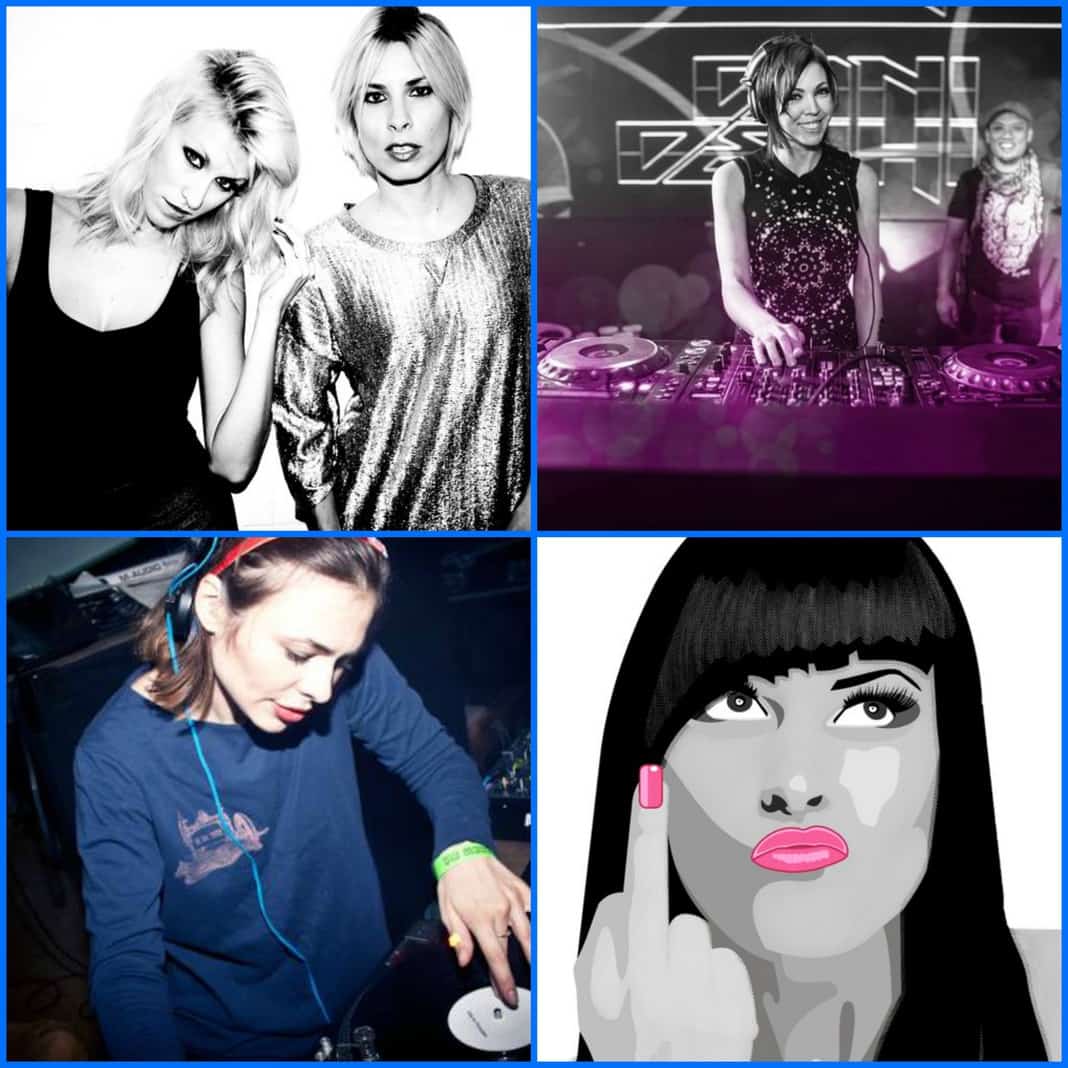 Welcome to another week of Femme Fatale Friday! This week’s four talented DJs and producers are Blond:ish, Dani Deahl, Nina Kraviz , and Pretty Pink. In addition to these amazing artists, we have some great new podcasts & tracks from Brazzabelle, FEI-FEI, JES, Sydney Blu, and Tokimonsta. Enjoy!

Blond:ish is made up of two talented Dj’s Anstasia and Vivie-Ann from Montreal. Anstasia and Vivie-Ann first united in epic musicmony when they first met at WMC in 2007. They instantly felt a “cosmic bond” that has flourished into a great collaboration between the two. Since then, these two have been signed up for multiple gigs, festivals, and have released multiple tracks that range from deep house to psychedelic to “romantic technoish techish house”. Get ready for some Blond:ish beats.

Dani Deahl is a talented DJ and producer from Chicago, who isn’t afraid to change up her sound. Playing everything from Moombah, disco house, trap, and electro house, she will keep you on your feet. On top of producing Billboard charting tracks, playing in multiple festivals ( Lollapalooza being one of them), and releasing her own podcast called Dsquared. Dani has established herself as a journalist and blogger. Writing in multiple magazines and establishing her own successful blog. She has used all of her diverse talents and has put them into music one way or another. She is a rising star you need to keep your eye on.

Nina Kraviz has mixed her way into fans hearts internationally. This Serbian gem djs, produces, and sings. Nina has released multiple EPs and a very personal album while being a member of the Rekids family. Her music is filled with hypnotic vocals and great instrumentals that come together to Make Up a unique sound that she has made her own. If you want some intimate and creative house and techno productions, Nina Kraviz is the way to go.

I would love to say that I found Pretty Pink on my own, but a good friend beat me to the punch. Opening up my ears to the underground sound of Pretty Pink. Coming all the way from Harz, Germany, Pretty Pink has made her way into the loving embrace of deep house. Her edit of Daft Punk’s ‘Get Luck’ quickly became an underground hit and was spinned by various influential DJ’s. Check out her music and get ready to fall in love with a Pretty Pink star.