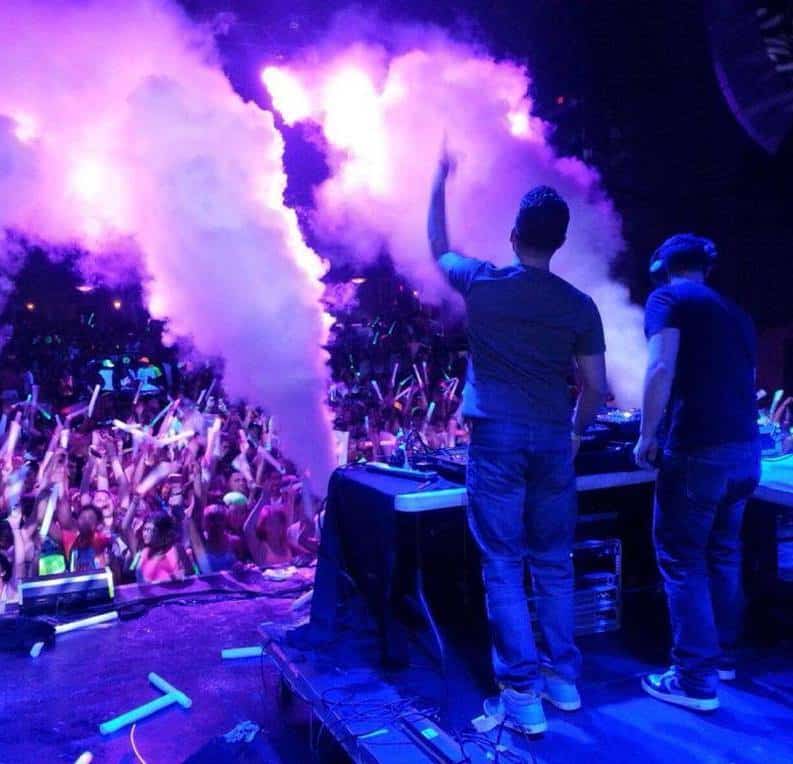 The Disco Fries have been gaining momentum quickly in the EDM world. Their most recent single off of Musical Freedom ‘Philtrum' has been a major commercial success. In addition they have just been named as one of Tiesto's proteges for the coming year in the 7-up ‘Bubbling Up' promotion.

The Disco Fries love thinking out of the box, an ideology that is obvious in their music as well as promotion. Today the two Americans put on an impromptu performance on the streets of their hometown, New York City. The pair set up a silent disco. If you are not familiar with the concept. A silent disco is when the DJ spins the music without speakers, but the sound is directly relayed to headphones, which the audience wears and controls the volume. So to an onlooker it looks like people are dancing to the sounds of the city and no music. Pretty cool if you ask me. Check out The Disco Fries pumping up the random corner below!