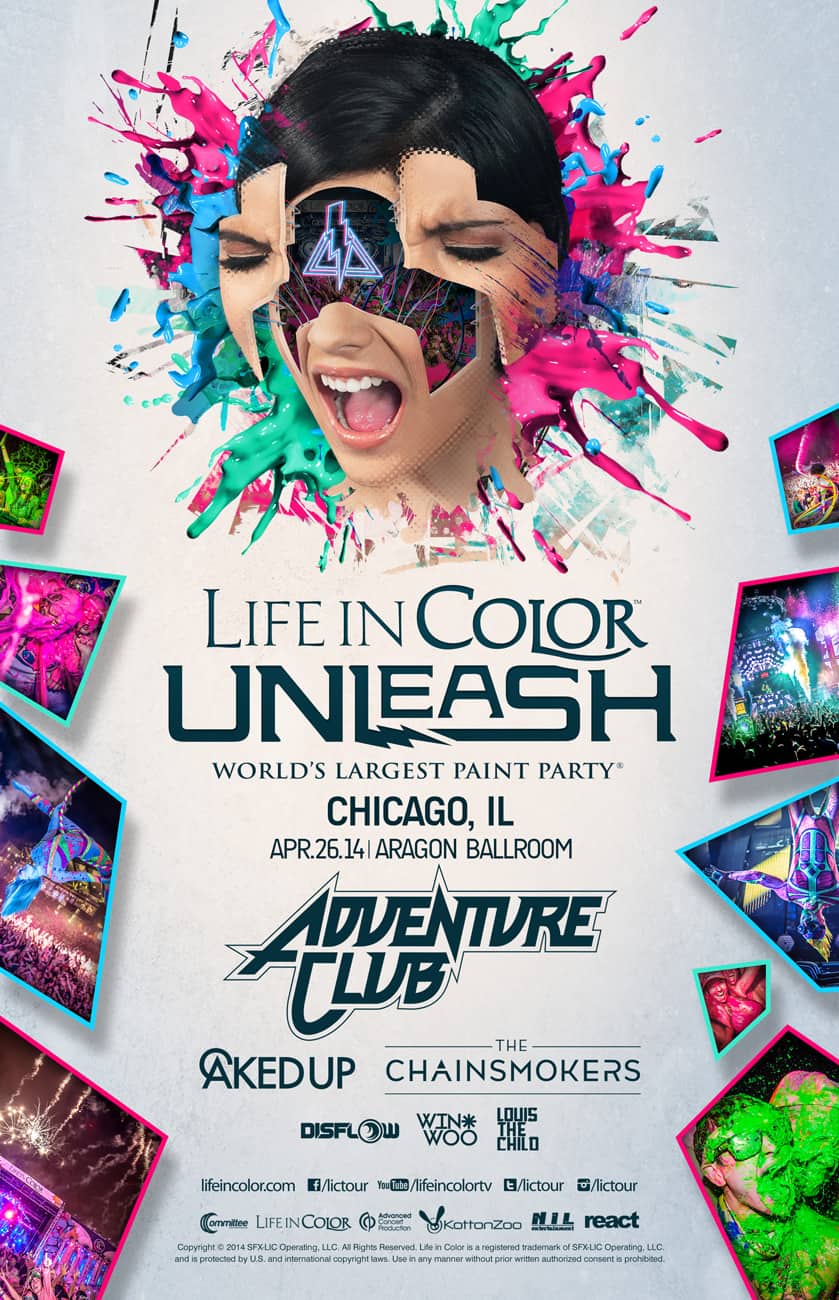 Life in Color , “The World’s Largest Paint Party,” began in 2006 on college campuses in Florida. Since then, it has quickly taken the Americas by storm positioning itself as a one of a kind experience. Later this month (4.26.2014) the LIC tour will be making a stop in Chicago at the Aragon Ballroom with a stout lineup that includes Adventure Club , Caked Up, and The Chainsmokers.

You can purchase your tickets HERE or enter below to have a chance to win a pair of tickets brought to you by React Presents . This giveaway will end on Apr. 20th @ Midnight PST and the winner will be notified soon after.

In this article:Chicago, Life In Color