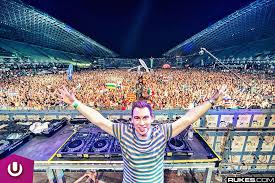 A while back, Hardwell reported to inthemix that he was working on over 3 dozen new tracks that were meant to represent a change in his productions and diverge from the “formula” that many other producers/DJs indulge. While insisting that the tracks are meant for the dance floor and the sound is a different animal from what’s going on in the scene, I am not sure what this means for Hardwell. It seems as if every artist is claiming that every other artist in the scene is sounding the same.

So how are we, the consumers, supposed to know which way to bend our ear? Part of this comes down to personal taste, which is for every person to decide. However, it is the very nature of musicians to change their sounds, for better or worse. So is there really anyone to blame? Probably, but the perpetrators would change based on your preference and opinion. Hardwell says that only some of the 40 songs he has coming up are going onto his upcoming album and other being ghost produced for other artists. Despite this exciting News, he remains silent on the other vocalists and artists who collaborated with him on these “huge” tracks except to say that two involve his mentor, Tiesto. On the other hand, fans can be excited to learn that the Dutch musician plans on releasing some of his new tracks when he closes out the main stage at Ultra later this month.