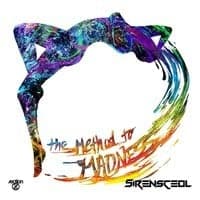 I can feel some good vibes comin

It is evident that good vibes are indeed coming! With the release of ‘Russian Roulette‘, SirensCoel has fans all over the world shaking in anticipation for the release of his new album ‘The Method to the Madness‘. ‘Russian Roulette' is an uplifting electro banger that features oscillating beats and rhythms as well as a fusion of liquid drops and hard, throbbing bass. This track is such a tease, giving fans a little taste of the madness that's to come along with SirensCeol's New Music. ”Russian Roulette' is only one of many novel tracks that Make Up the full album which will be released March 27th. Prepare yourself for the Madness!