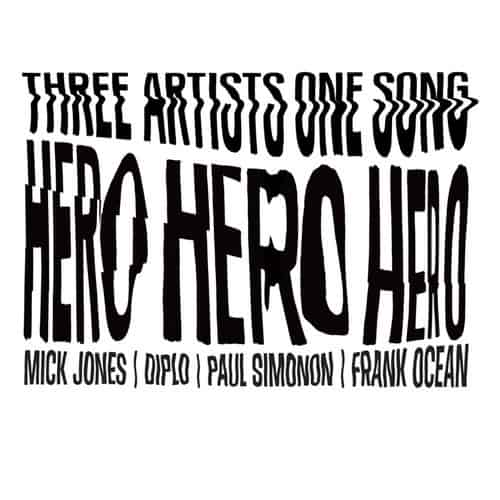 According to Billboard, Diplo, Mike Jones, and Paul Simonon, where locked up creating music for about three months in Damon Albarn's Studio 13. After finally creating “Hero”, Diplo sent the beat to Frank Ocean to add some of his silky vocals to the track.

Result? A pretty amazing beat that is as diverse and eclectic as the artists that have created the track. Today, they have finally released their creation and it is available for a free download. Enjoy!