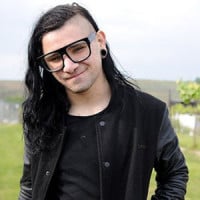 Easily one of the most anticipated tours of the year has finally been announced. Skrillex and his OWSLA label mates had massive success with their ‘Take Over' campaign in cities around the globe. The recent release of a cryptic app has also generated buzz as it supposedly (according to redditers) secretly included a track list and release date of his new EP. Now with the EDM community in a Skrillex induced frenzy the DJ has taken it one step further with the announcement of ‘The Mothership Tour 2014”.

The Grammy winning artist has announced Dillion Francis, What So Not, DJ Snake and Milo & Otis as support on this massive cross country extravaganza. The tour starts off in Oklahoma City and circles America until it wraps up in Portland, Oregon. The tour is huge and will no doubt be landing in a city relatively close to you. These dates are anticipated to sell out in hours. Speaking of hours, make sure to keep on eye on the App whose mysterious countdown ends at 6:30 EST this evening. In the meantime take a look at Skrillex's official behind the scenes video below and the tours website for ticket information HERE.

UPDATE: The App countdown has ended and New Music is out!! Wow was it worth the wait. The bass god is back with a vengeance…

* with Dillon Francis, What So Not, Milo & Otis