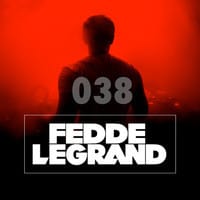 Check out the new official music video for “Don't Give Up” by Fedde Le Grand below. This new track will be available March 24th on Beatport. Le Grand left this comment on the video's page today (released on his Youtube channel:

It's official! ‘Don't Give Up' is set for release on March 24th! Super excited about this one!

The video features an instrumental mix of “Don't Give Up.” It was released with support from AM Only and Ultra records to also promote Fedde Le Grand closing out Ultra Music Festival in Miami on March 30th. The video is high definition and done in black and white with some spectacular visuals and editing. Check it out:

In this article:AM Only, Don't Give Up, Fedde Le Grand, Ultra, UMF