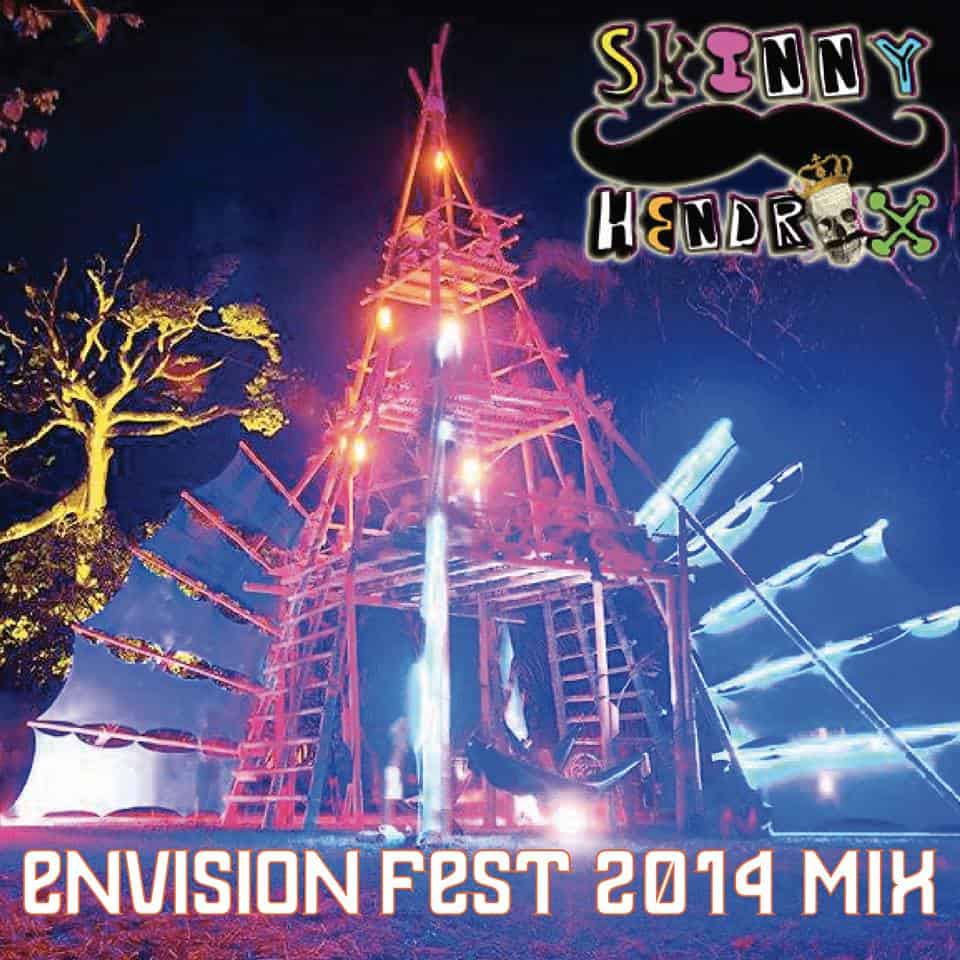 Envision festival took place in Utiva, Costa Rica in late February and was a huge success from what I heard. In addition to having a pretty funky lineup headlined by the likes of Tipper, Papadosio and The Polish Ambassador, Envision was focused on sustainable living as well as having a significant yoga and performance art pieces. As an attendant, Brady Jacob, also known by his moniker Skinny Hendrix in the Miami local music scene, assembled an awesome mix based on the artists who performed. He had  wanted to commemorate the experience and figured  what better way than compiling a mix to share with those who couldn't make the journey.

The quality of artists and their music was beyond anything I have ever experienced so I wanted to share with the world some of their work. If you attended Envision, then this can serve as a half-hour journey taking you back into the jungle.

The mix itself is an amalgamation of very worldly vibes, added in with some decent basslines. I feel like the best way to describe this track is funky with a bit of jungley playfulness thrown in. At the end of the mix, I found myself smiling and wishing for an Imperial Lager or perhaps a time machine. The tracklist is transcribed below the track itself and the mix is a meandering journey through several different genres of music, including “Organic Bass” and “Shantistep”. I highly recommend you check out the mix below, especially as its available for download and some of Skinny Hendrix's other work as well.

UK sensation Beave has just dropped an absolute doozy of a rework for the classic track by Italian singer Gala, ‘Freed From Desire', originally...

Remember the trippy “Tunnel of Terror” scene from “Willy Wonka & the Chocolate Factory”? If that scene had its own theme song, the new...

UK producers Charlie Lane and Ethan James push onward to make a stance to the public that their production career is not slowing down....