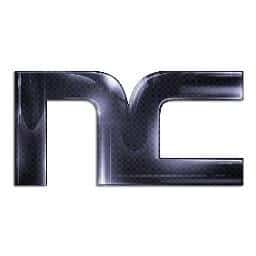 This past Friday I decided to close out the month with a trip to ‘Legacy New York' held at Amazura Concert Hall in Queens NYC. The event went from 8pm-4am and featured two stages with over ten DJ's. There was the main stage hosting electro, trap and hard style DJ's and then tucked away upstairs there was the ‘psychedelic chill out stage' featuring downtempo and ambient acts. The upstairs was a smaller room with beds and mattresses lining the floor with black lights illuminating the crowd all of the relaxed concert goers. It was a unique and honestly pretty cool environment. The main stage was opposite of the entry and adjacent to the main dance floor which held a capacity of over 3000.

The event was $40 at the door before 11pm but was only $25 if tickets were bought online before the earlier tier sold out. Security was thorough and polite and the line into the venue moved quick, as did coat check which was reasonably priced. The bar was a bit pricey with $8 Red Bulls and $5 water bottles. There were vendors selling LED products as well as jewelry set up in the venue making for a fun distraction from the 8 hour marathon of music.

The night started off with several hard electro DJ's on the main stage including resident DJ, Micro and Dim Mak's Bot Nek. These acts did a perfect Job of warming up the crowd with popular remixes and well known sing along tracks. At 1am Kennedy Jones of Buygore Records came out onto the decks. This is where the night got confusing for me. While Kennedy played a fun trap and hip hop set complete with free styling, it seemed out of place. A good amount of people were confused and disappointed with the change of pace in music. The set order was a bit inexplicable. After Kennedy finished up it was finally time for the headliner, Noisecontrollers.

Bas, the mind behind Noisecontrollers, came out at 2am to cheers and a crowd ready to get into the harder styles. He opened with his chart topping Showtek collaboration ‘Get Loose' which through the crowd right back into a total frenzy recovering any of the energy that was lost from the earlier genre confusion. Noisecontrollers showed that although now independent he could still deliver in a massive way. Tracks from his upcoming new album ‘All Around' were well received as they explored a deeper side of the hard dance genre. The set times were short at only an hour for every act. So just as it seemed Bas was getting warmed up his set ended.

LA based queen of hardstyle Lady Faith closed out the night with an equally impressive set that kept the crowd moving until the early morning. Even with a few hiccups along the way it was clear by the exiting crowds reactions that the night was a massive success. The venue was creative with lounge seating set up in corners of the dance floor, and different areas open to the public that were all worth exploring. The crowd was receptive and friendly and very in line with the PLUR ideology close to the hearts of rave goers. Check out crowd pictures below and a video of Noisecontrollers opening with ‘Get Loose'. And stay tuned to the site to see our interview with the legend himself discussing the wrap up of his North American tour and new album ‘All Around'.