Carnage and The Martinez Brothers Enlist Elderbrook & Mike Dean for 'Together' 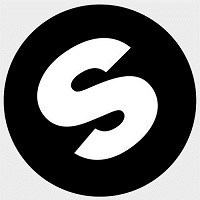 Spinnin' Records just released a preview of an exciting new track from two great producers, Moby and Lucky Date, who will release “Delay” on March 24th. They've posted a one-minute preview on Soundcloud. Check it out below.

The song “Delay” is a very upbeat dance song that brings plenty of energy per usual from a guy like Lucky Date. The Northern California producer has been collaborating and making bangers recently with the likes of R3hab and Felix Cartal. Moby, a legend known for sometimes downtempo and ambient electronica, put his genius touch on this one and it sounds like a real high energy track. Moby was just featured in Rolling Stone with Deadmau5 and Steve Aoki for sharing their craziest fan stories at shows. He's become an inspiring guy to follow on social media because of his worldly perspective on current events due to his concern for the environment as an animal rights activist, a vegan, and a notable participant in charities and non-profit organizations. Check him out on Twitter. Listen to “Delay” below: