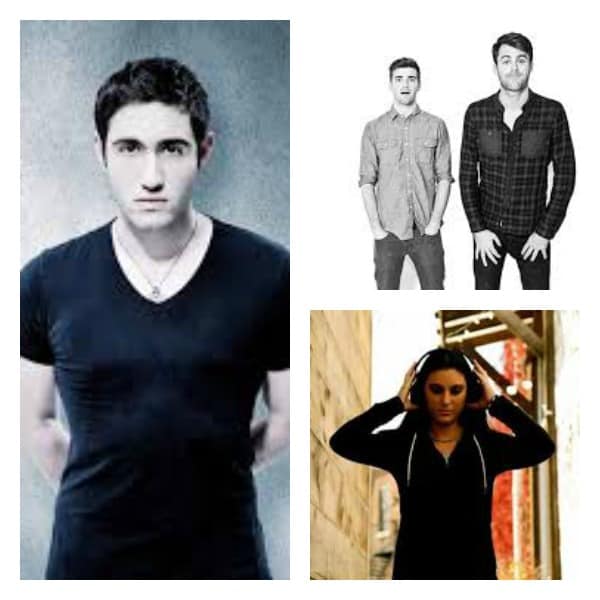 This is to all of my Michigan EDM lovers. If you live in Michigan, you know that there are only a handful of places you can go to see some good EDM acts. One of them being Elektricity nightclub located in Pontiac, Michigan. Elektricity is loading up on some talented DJs and Producers. On the list so far is Adventure Club, Borgeous, DJ Bl3nd, Headhunterz, and that’s just to name a few. This time around, the talent included DJ Lady Leb, The Chainsmokers, and 3lau.

To start off the night was DJ Lady Leb who did more than just warm up the stage. If you haven’t had the chance to see her live, she will be turning it up on February 28th before Borgeous hits the stage.

Following up DJ Lady Leb, was one of my favorite DJ and producers, The Chainsmokers. They turned it up with their superb mixing and incredible energy, which created the perfect balance between their own productions and music by fellow artists. I had a couple of favorite moments during their performance. First being a couple of audience members saying “How the duck did I not know about these guys” (they didn't say duck, just fyi). So the crowd was loving them. Then, it was when ‘Tidal Wave’ by Sub Focus dropped. It’s an amazing song which I rarely hear it at shows. Alex and Drew did a great Job of reading the crowd. So when they prompted the crowd to take a selfie while playing their newest single #selfie, it was very well received. They closed their performance with a great remix of Dillon without you, opening up the stage for 3lau.

3lau did a great job keeping the energy up, mixing, and using the stage as part of his performance. You could see how much he was loving the crowd and the crowd was giving the love right back. Closing the night with some great New Music.

Overall, if you love EDM, Elektricity should be on your list of places to see some talented DJs.

In this article:3lau, dj lady leb, The Chainsmokers