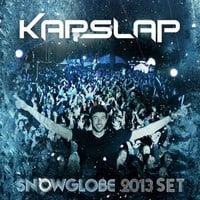 Jared Lucas (aka Kap Slap) made his first major Festival debut at SnowGlobe in Lake Tahoe, ending 2013 on a high note. Starting out in electronic music just 3 years ago in his dorm room at Lehigh Univeristy to DJing Frat Parties and now on to the Festival scene, Kap Slap continues to make a name for himself. Most known for his mashups, bootlegs and remixes, he has drawn comparisons to former collaborator, remixer, and now originals producer, Justin Blau (3LAU) and is primed to follow in his footsteps. Check out his Live Set below, which was recorded via Ableton Live on an Akai APC40 with custom effects racks. Enjoy!

In this article:3lau, Kap Slap