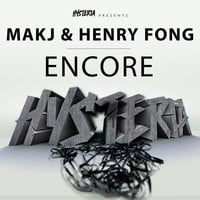 Hysteria is excited to announce they will be ending 2013 with the release of a massive collaboration between two of dance music’s rising stars, MAKJ & Henry Fong, titled ‘Encore'. The track will be available exclusively on Beatport Monday, December 2nd.

The upcoming track ‘Encore' brings the energy from the start. MAKJ and Henry Fong prove their expert ability to hype up the crowd, hitting them with the track’s signature winding synths and grinding basslines. These two Hysteria veterans have created a monster with “Encore”, a track that will surely be heard in festival and club sets for a long time. Check out a preview below via SoundCloud.

In this article:henry fong, MAKJ

Popular DJ-producer Henry Fong has partnered with music maker JSTJR to bring you their new single “Arriba.” These two artists have created an impressive...

DIM MAK LOOKS BACK WITH GREATEST HITS COMPILATION OF 2019

At twenty-two tracks spanning every corner of dance music and hip-hop, Dim Mak Greatest Hits 2019: Originals takes a look back at the year’s most cutting-edge...