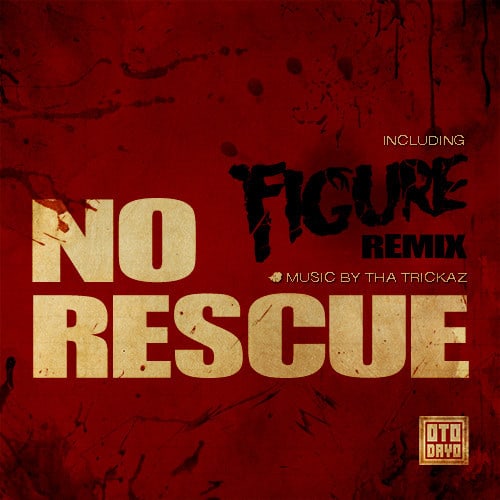 Hailing from Paris, France, bass music duo Tha Trickaz have released a new single, “No Rescue,” for free download on their Soundcloud page. The trap-influenced tune begins at a moombah tempo of about 110-bpm, but then ups the pace to a more conventional trap tempo of 140-bpm halfway into the song. After 64 bars of trap, Tha Trickaz change the gear of the song into heavy dubstep, with some pretty wicked oscillation.

The single also features Figure's remix for the song, which, in terms of bpm, complements the original mix of this song perfectly. Figure's remix turns the song into a heavy electro-house tune that's more suited for dancing to rather than raging to (like Figure's productions usually warrant). But for those that wanna rage, don't worry — Figure's remix kicks up the tempo to a drumstep pace of 175-bpm halfway through, which is perfect for turning the dance floor into a moshpit at the drop of a dime. This song is also free to download from Figure's Soundcloud page.