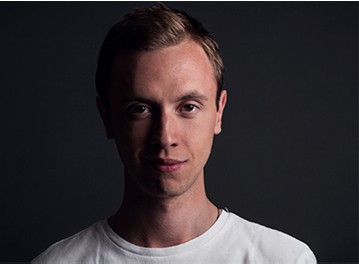 If you are not familiar with the name Andrew Rayel… this is an opportunity for you to get to know one of the biggest promises in Trance at the moment. The Republic of Moldova native was ranked #77 in DJ Mag's Top 100 in 2012, and this year he took the #28 spot making him the biggest climber in the ranking in 2013. This kind of climb doesn't come unnoticed.

He has gained such popularity due to his distinctive style of trance, using chopped vocals, piano, strings and combining it with powerful synths and breathtaking classical sounds.
Rayel is featured constantly in Armin Van Buuren‘s radio show A State of Trance. In September of this year, he announced that he is working on a song for the ASOT 650 anthem contest.

Today he has released the official Music Video of his second 2013 single called Dark Warrior. A more up beating track, this sure will get your attention if you haven't heard of him yet. For more information on Andrew Rayel, visit his official website here.

Everyone's favorite musician from Moldova, Andrew Rayel, has been a fixture on the Trance scene for years now. Wrapping up an insane 2017, Andrew...

A decade ago, the EDM bubble was growing. It definitely hadn't burst, but it was on the verge of explosion. If you had blown...