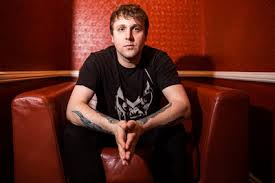 It may be safe to say that 2013 is the year of Figure's dreams, based on who he's gotten to work with. Earlier this year, he has remixed Aesop Rock and has produced original tracks with Del the Funky Homosapien and Mr. Lif- all of which he has stated have been influential to his music palette. Now, he's remixed another music hero of his: RJD2. Today, Figure released his remix of RJD2's song for free (of course) on his Soundcloud page. Figure's remix of the track does a fine Job of keeping the sacredness of RJD2's original production intact, while simultaneously touting the aggressive characteristics of Figure's sound. The strong sub-bass does a great job of putting hair on the groove-inducing, head-rocking track's chest, and the switches between Figure's abrasive synths and the original, sublime melody create a satisfying juxtaposition. Overall, the remix is another great example for anyone that wants to preach the idea that Figure should remix every song ever made.