M4SONIC Produces Song for Viral Video of the Year
Advertisement 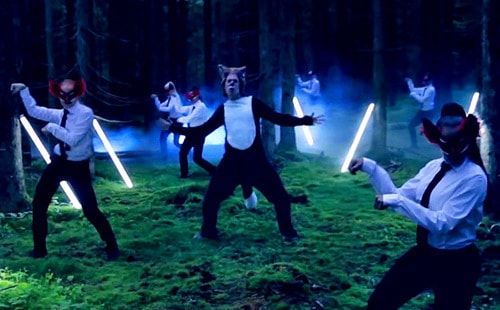 If you have access to the internet, then most likely you have listened to the Norwegian comedy duo Yvis' hit song “The Fox” aka “What Does the Fox Say?” This video has gone viral more quickly than “Gangnam Style” by Psy and has also accumulated over 120 views thus far. If for some reason you haven't seen this viral video make sure to check it out below.

In an interview, M4SONIC has been noted saying that while he was in the United States working with Stargate, one of the beats that was created was put aside because it “wasn't going anywhere.” However, M4SONIC also released a statement saying “Stargate gave Ylvis a copy of the beat that we made to use for a video they were doing to launch their comedy show in Norway.” Later after M4SONIC realized this song he has helped create was being used, he got in contact with his publisher (SonyATV) and Stargate as well to discuss royalties.

Check out this funny video below and make sure to check out the Online Store!