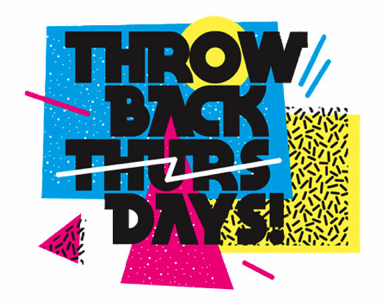 We all remember Cascada's hit “Every Time We Touch”, Benny Benassi's “Satisfaction”, and O-Zone's “Dragostea Din Tei” which is better known as ‘that Numa Numa song'. Today, we won't be bringing you these songs. Alternatively, we will be featuring artists such as Justice and Above and Beyond. First off, we have Justice's hit D.A.N.C.E. which was their second single. The song was also on their first album ‘Cross' which released in 2007. The album was certified gold by the U.K. on December 9, 2011 for selling 100,000 copies. Second, we have Above and Beyond's remix of the popular song ‘Satellite' by Oceanlab. This song was originally released by OceanLab in 2004 as a single. Above and Beyond released this remix in late 2008.

Check out these great tracks below and check out our new Online Store!

In this article:#ThrowbackThursday, Above & Beyond, Above and Beyond, edm, Justice, Oceanlab, Remix