Guy Edward - Because Of You
Advertisement 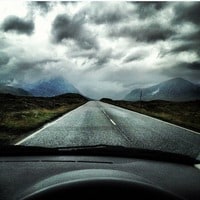 You probably don't know Guy Edward. He is a House Music producer from Bristol, Britain who has released three tracks so far. His new one called “Because Of You” is unquestionably the highlight on his Soundcloud and the best track he has produced so far.

The vocal stems are taken from Phoenix – Trying To Be Cool.

In this article:Because Of You, Guy Edward