Good afternoon Dance Music Fans! We love bringing you up to speed on our up and coming artist of the week series, and this week, is no different. We have a very, very, special, talented artist, Romain Guidicelli, otherwise known as, Romain Good, spotlighted this week. We found Romain through a series of submissions and grew extremely fond of his music and decided it was time to give him the spotlight he needs in our AOTW section. Today, we are not only here to highlight him, but also highlight his newest record, Epic Hangover, that can be heard below.

Romain Good presents ‘Epic Hangover’, his 5th track. With the success of Future Bass and some electronica new talents like Rezz or Datsik, we can’t deny that 110 bpm tracks are making a strong comeback. It gives to Romain Good the strong desire to do a Moombahton track, but a progressive one. The beginning is inspired by the recent rise of the synthwaves, thanks to series like Stranger Things or Mr. Robot. The second break is more original: he’s decided to transform the melody into an heavy metal music with a powerful guitar solo!

We asked Romain how he produced his newest track and where he gained his influences from:

“I just wanted to make something fresh. Something that you don't really hear much of these days. I took all of my influences and really meshed them into one record and this is what came out the other end. We are really excited about this track”

Since 2011, Romain has done a ton of remixes, learning the particular craft of creating electronic dance music. Since the start of 2017, however, he decided to get a bit more creative and started to mix in his own bass-music influences into his original, industrial style. During this endeavor, he began to tune his musical theory and progressions, while combining it with current sound designs, pop-style synths, and infused his music with his favorite influence, Marshmello. Romain tells us that introducing some brutal parts to his music works well and off-sets the melodies in the breakdowns nicely.

“I was a huge fan of Marshmello‘s release in 2015, ‘Find Me', and that has really been a big influence for me. I love implementing solid musical theory into my track and focus on progressions in the breakdowns, but ULTIMATELY, want the brutal parts to hit very hard.”

He's also remixed Kygo and Selena Gomez which can be heard here!

Romain continues to be influenced by the likes of Afrojack, Alvin Risk, Blasterjaxx, R3hab, Skrillex, Slander and many more. His music definitely reflects these high profile artists, but Romain still finds a way to keep it original!

If this story seems to be a fiction, it’s a perfect representation of his wacky, fun and energetically personality. The breaks of his tracks are very danceable with poppy synths, and the drop more powerful, inspired by Electro House, Hard Dance, Trap or Dubstep tracks. So, will you jump into his dark side universe?

Advertisement. Scroll to continue reading.
In this article:Artist, artist of the week, epic hangover, Of, romain good, the, Week 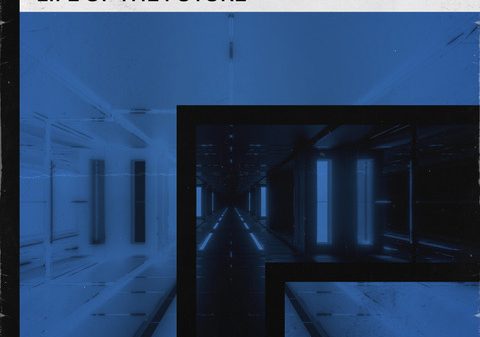