If you are a Sirius XM subscriber, and listen to EDM, you've heard the voice of DJ Ben Harvey. If you aren't a subscriber, I'd get on it as they have 3 dedicated EDM channels that play 24/7 EDM and host a ton of DJ's radio shows including Wonderland Radio by Alison Wonderland, Tiesto's Club Life, Night Owl Radio with Pasquale Rotella, & a ton more.

Ben is the program director of the Chill channel, the channel dedicated to, well you guessed it – chilled out EDM. He also is the on air DJ from 2-6 est on BPM, Sirius XM's flagship EDM channel. Ben also gets the opportunity to attend many festivals across the USA as a host for Sirius XM as they stream the festivals live. Ben has gone to Coachella, Ultra, EDC, & many, many, more.

We got a chance to catch up with the very busy (especially during festival season) Ben to talk about what goes into being an on-air DISC JOCKEY, program director, and how it feels to interview some of the biggest stars in the EDM scene. Check out the interview below and listen to him from 2-6 est on BPM on Sirius XM!

What got you into wanting to be a Radio DJ?
My uncle was an engineer at WABC in New York, so after going to work with him a few times and sitting behind a Microphone, I decided I wanted to become a DJ when I grew up. I started buying Billboard magazines with my allowance and recording Casey Kasem’s American Top 40 countdowns. I was a true radio geek!

What would you describe as your “big break” career wise and are there any particular moments that stand out?

Getting hired to work nights in NYC at K-Rock, which was Howard Stern’s flagship station before he moved to SiriusXM. One of the first few weeks I was there I did a stunt that got Howard Stern talking about me. A Howard fan called in to my show and asked to be put on hold until morning so that he could talk to Howard. I put him on hold and checked in with him every hour on the air. He stayed on hold for over 10 hours and eventually got to talk to Howard, who thought the whole thing was funny. He liked that I was racking up charges on the company phone bill. It was pretty nuts to be only 25 and working in the #1 radio market and have Howard Stern talking about me. Definitely surreal.

Were you always a fan of Electronic Dance Music growing up or just since you've began at Sirius?

I’ve been a fan of electronic music ever since I discovered Moby’s Play album, and it turned out that Moby was the first person I got to interview at WBRU, my college radio station at Brown. I hadn’t learned how to ask interesting questions yet, so the poor guy had to sit through my reading off his resume and asking him about every thing he had ever done. I also listened to BT’s Movement in Still Life album probably a hundred times during my junior year. I was going through the woe-is-me college phase when you haven’t yet figured out who you are, so I spent many nights just listening to “Dreaming” over and over. So even though I worked in rock music after school, electronic was always my first true love. But even after five years at BPM I’m still learning…there’s constantly new songs, artists, and subgenres to study up on!

How big of a factor does social media play into being a DJ now?

Twitter has replaced the old-school radio request line. It helps us get instant feedback from the audience about which songs are reacting. If we play one of our “BPM Breaker” emerging artists, we can get tell whether the response is positive or negative from social media. That said, you can tell when the response is real or artificial. We ain’t dummies!

What's the biggest difference being a DJ that you see between terrestrial and satellite radio?

On satellite we have the ability to take more risks. We don’t have ratings at satellite radio, so, unlike terrestrial, not every decision has to be based on how it will contribute to ratings or the bottom line. We’re also uncensored, so, while I don’t curse on the air very often, if something risque comes up during an interview or something, we don’t have to dial it back. Hopefully our conversations come off as authentic and unfiltered, just like in real life.

You get the opportunity to attend a ton of festivals for Sirius, out of all of them you've been to, which has been your favorite and why?

Ultra and EDC are both incredible festivals, but I have to say my favorite is Coachella. I like that it isn’t just one genre of music. There’s great people-watching, random celebrity sightings…plus I think I look pretty good in a flower crown!

How frequently do you have meetings for your channels at SiriusXM about new music and what becomes the determining factor in a song going into rotation?

I gather music throughout the week from blogs, submissions, and record label recommendations, and then once a week I have a music meeting with Geronimo, who oversees all the dance channels. We listen to all the music and decide which songs will go into rotation that week. Also, once a week all the programmers meet and share their success stories from each format. We look at data like number of streams, Shazams, and sales especially. If we’re the only ones playing a song and sales increase, it’s a good sign that it’s reacting well with the listeners.

Are you more of a Chill listener or a BPM listener?

Generally Chill when I’m walking around Manhattan, since there’s nothing chill about walking through Times Square. At the gym I listen to BPM, or on the rare occasion when I get to drive a car. I also like Electric Area and Pop2K!

What tracks are you listening to right now?

I’m all about Nora En Pure. I love how she uses nature and animal sounds to basically create vocals… check out “Diving with Whales.” Shallou is also doing really well on Chill. Check out “Begin” and “Truth” when you need some good vibes! And Kygo of course. I’m proud that we’ve played him on Chill since his days posting Soundcloud remixes from his college dorm room, back in 2013. It’s cool to see how much he’s blown up since then! 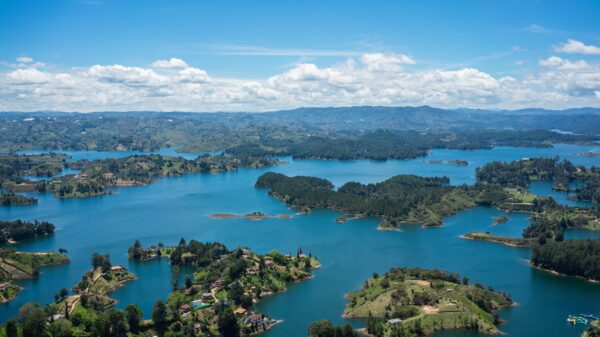 What Is Guaracha Music and Why Should You Care?

Smooth like butter and silky like water, CAPYAC makes music that is easy on the ears. The Texas-raised, LA-based duo are known for their...