In Our Element at Elements Lakewood Camping Festival 2017
Advertisement

Since the announcement of BangOn!'s Memorial Day Weekend Festival back in January, we at EDM Sauce have been counting down the days. Finally, it was here. Our squad embarked on our 4 hour journey to the middle of absolutely no where, that is, Lakewood PA at Camp Lavi.

As we approached our final destination, cell service was gone. This would just be the beginning steps of our process of being removed from reality that would ensue the rest of the weekend. Come to think of it, I feel like BangOn! purposefully located this festival off the grid to allow us full immersion into their arts and music utopia.

Music started as early as 3pm on that Friday, and would continue, with little to no stops, until late into the evening of Sunday. When we first arrived and after setting up our home base, we decided to explore the venue. The festival was located on an impressive 150+ acre lot, of which BangOn and Elements filled nearly all of it. On our way to find water, we stumbled upon a human foosball game, a roller rink, and various yoga and meditation classes. Meandering back to our camp and the main stage known as Earth, our musical journey of the weekend began.

One of the many beauties of the fest, was it's intimacy. With just around 4,000 attendees, you never felt too crowded but equally never felt alone. This also encouraged the artists to hang around and walk around the fest after their sets, like Herobust and Billy Kenny who we had the pleasure of seeing and meeting a few times throughout the weekend.

One of the first acts we saw of the weekend was the illustrious Herobust. For the many times we have seen him live, he never fails to impress. Known for his wonky dubstep and grimey trap, he served as a perfect way to start the jam packed weekend. Followed by Baauer, the Earth stage was the place to be for bass heads on Friday night. Our favorite part about Earth were the funny phrases we found ourselves saying because of it. Such as in a text to our friend saying to “Come back to Earth.”.

Our introduction to the fire stage was flames to say the least. Everyone's favorite golden masked bird, Claptone, curated the fire stage with his Masquerade for the first night. The fire stage would serve to be the home of all things tech and tech house for the weekend, featuring up and comers such as Walker & Royce, Billy Kenny and the Golden Pony, and legends such as Claude VonStroke. Equipped with state of the art pyro technology, the fire stage, at most times, was literally on fire. Our favorite addition were the two fire domes on either side of the stage with flaming ceilings. They served as warm-hang outs for our squad to get out of the cold and rain of the weekend.

Tucked in the backwood of the grounds, the Air stage was our perfect little hidden getaway. The trees surrounding this area served as a natural umbrella from the on and off rain of the weekend. Here, we explored just a few of the many art instillations this festival had to offer. Mirrors with lights and printed codes, wind mobile's made of branches and lights, swing sets, benches, couches, and huge portraits scattered these grounds, each more beautiful than the next. There was even a tree house that served as a beautiful overlook to the stage and fellow attendees.

Last but not least, the water stage. We found this stage was a great place to hang and vibe during the day. Located right on the lake of Lakewood itself, attendees could wade in the water, play on the pirate ship, or get a drink at the stage side bar, all while enjoying new music. The legendary Lee Burridge blessed this stage with his lengthy afternoon performance on Saturday, which served for us as the perfect start to the jam packed Saturday night of incredible live performances.

Saturday night featured a killer combination of electronic music's finest performers in the techno and ambient genres. We found ourselves bouncing back between fire and earth the whole night for NYC tech duo, Walker & Royce, ambient producer Ott., This Ain't Bristol label founder, Billy Kenny, and then the unique Tipper VJ set, followed by Daddy Dirtybird himself, Claude VonStroke. It was a strange combination of techno and ambient trip-hop, but we wouldn't have wanted to miss a single one of these artists.

Tipper's set, similar to the festival as a whole, was indescribable with just words. I can hardly even describe what I heard and saw in relation to any other music or visuals I have ever seen in my life. For his only east coast performance of the summer, we at Elements were completely blessed to witness the beauty that is a live Tipper performance.

Now we could go on for days and days of the magical art installations and the incredible musical performances of the weekend, but we digress. Once again, BangOn! and Elements have completely redefined what it means to experience live music and what you get for your money at a festival. For their first camping festival, the team still has some room for improvement. But all in all, once our favorite festivals of all times. Days following the event, I found myself telling my fellow festival frequenting friends, that if Elements were to throw a festival, day or weekend, and not even announce a single performer, I would still go. That's just how good they are at what they do.

Since we no longer have Elements Lakewood to look forward to, we are now counting down the days until their return to their Brooklyn roots with their two day festival this August. We hope to see you there, too. 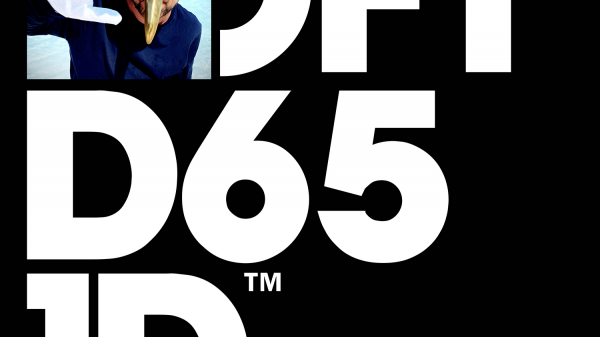 Enigma of the electronic world, Claptone delivers one of summer 2022’s most in-demand remixes for his single debut on Defected. An unmistakable homage to...