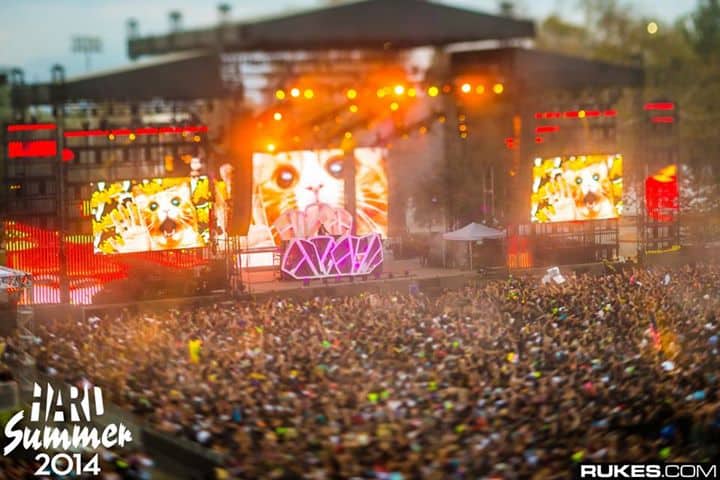 In today's installment of “Some young, privileged millennial is offended by something on the internet”, we highlight the brink of one of dance music's biggest downfalls – sexism.

While discussions of unequal treatment between male and female producers are often made; the role of sexism within the industry is a hot topic that has been brought up for years following the eruption of the EDM bubble. Both male and female producers alike are often outspoken about this issue citing their problems with the industry's lack of equality. So Gary Richards and his team at HARD decided to speak out against this by putting together a rather creative stance on this issue by highlighting this in their inaugural lineup trailer.

The trailer instead, boosted crude jokes about placing fake boobs on male DJs, as the inventory for female DJs at this year's festival is in demand. Because, that's exactly what the industry needs, more differentiates between men and women!

I applaud Gary for the intentions of bringing this important topic to light, by highlighting this in a trailer for a music festival – but the fashion in which it was produced, hypocritically diminished the main point. It doesn't take a rocket scientist to understand that overly-dramatized breasts represent women's overzealous sexual exploitation.

When I hear music, I don't hear gender – I hear melodies, kicks, bass, drum lines – pretty much anything but a face to the name. We keep talking about this divide in our industry, but the question goes back to where does this start? While I, as most other women, would love to see more females on lineups like Coachella and EDC, I do not want to feel like women were mandated to be booked, because of their gender and especially to highlight one brand's “good-doing”. I want bigger names who to start pulling in more collaborations with female artists. I want more veteran producers to start mentoring more female producers and getting their names out there to the big labels. I want more female producers to encourage more female producers.

I want talent buyers to stop looking at numbers and start hearing the music – gender excluded.

In our society, there are countless industries that are more male-heavy than females, and the professional rise of women in the past century within our country alone is one of our greatest achievements as a nation – but isn't finished. We stop seeing race, religion, and gender when we start looking at our similarities and stop looking at our differences.