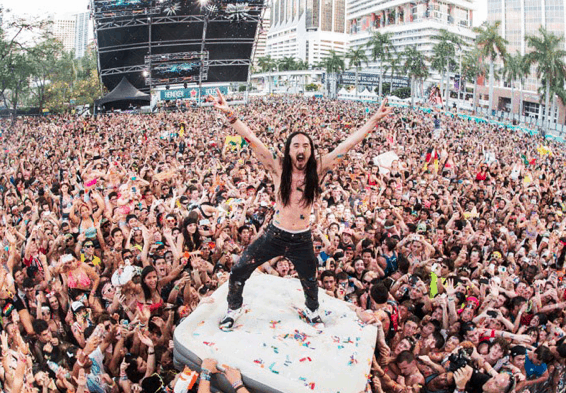 Being that Steve Aoki is no stranger to interacting with his concertgoers, Aoki may have taken it a bit too far during his 2012 show at the Hard Rock venue in San Diego. Following his stage dive, one concertgoer by the name Brittany Hickman suffered a serious concussion and broken neck. Brittany Hickman filed a lawsuit of $10.7 million in damages against the Hard Rock venue.

Earlier this week a California state court jury handed a win to a Hard Rock Hotel. The jury returned with a 10-2 verdict in favor of Hard Rock Hotel following the 2-week trial. The hotel's legal team argued that Hard Rock had no warning that Aoki would be performing the risky stunt he did. “In all of the medical cases I have seen, I have never seen a greater manufacturing and manipulation of evidence for the purpose of trying to build dollars into a case,” said Ernest Weiss of Klinedinst PC.

Hickman's Attorney, John Gomez, asked the court to hold Aoki 10% responsible for the accident though. During a confidential settlement, Steve Aoki and Hickman seemed to have straightening everything out.

In this article:Lawsuit, Steve Aoki