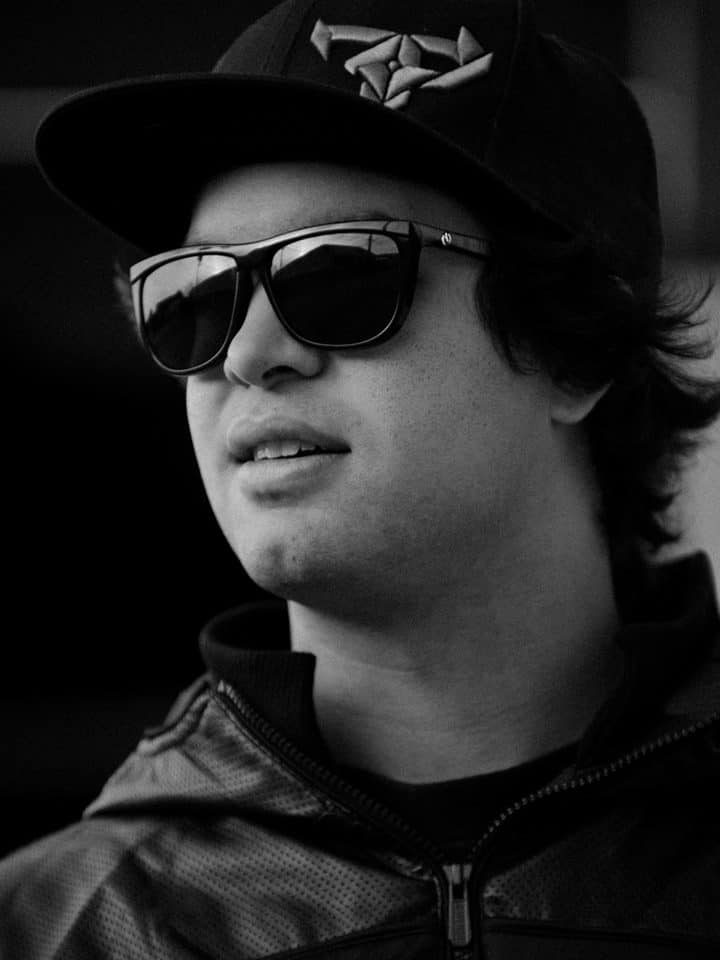 With Datsik's Ninja Nation Tour in full swing, I was lucky enough to chat with him Friday night at Stereo Live in Houston, Tx to learn about the tour, Firepower Records, and more! Take a listen to the interview below or read the script! You can download Datsik's newest EP D4MN (Down 4 My Ninjas) check out his latest collab with Barely Alive below and check out his website here to see where he's heading next!

The Ninja Nation Tour is in full swing, and every show has been absolutely wild; what do you feel is different this year than years past?

Troy: Obviously a different line up, which adds a different element and diversity. It's been cool we've had a bunch of wicked talent coming with me which is cool, and I try and make the line up as diverse as possible, so for the first half of the tour for example it was me from Canada, Trolley Snatcha from the UK, and Barely Alive from Boston, and then Kennedy Jones from California. It always creates a really cool diverse group on the bus which is fun.

Troy: Well I've always been a huge fan of the ninja culture, and Japanese culture in general actually. In a lot of cases in Japan, people will pick one thing and become really really good at it, and make that their drive and their passion, and I think no matter what you're a ninja at, be a ninja at something. I think it's cool, everyone's got their one little thing that they're good at, and that translates to the fans, they've each got something of their own that's there and that's cool.

The Vortex 3.0 stage is absolutely crazy, what's the most unique visual in the set and what inspired the concept for the vortex stage?

Troy: Actually I had basically drawn it on the napkin, because I saw a projector at a show one time and I loved what they were doing with it, and I was trying to think how I could be cool and use that with a 3D service, and so the cone thing really hadn't been done. So Instantly when i thought of a circle, and a cone, I thought of clocks and spinning visuals, and I thought there was a lot that could be done with a circle. I think my favorite ones would have to be the black and white optical allusion ones. Those are super super trippy, I always kinda trip out when those are happening, because I look at the side and see the black and white flashing and zone out.

So you just released an EP Down 4 My Ninjas and you did a track called No Requests with Hip-Hop legend KRS-one, what was that like getting to work with him?

Troy: It was actually really cool, we didn't do it in the studio unfortunately because of time constraints. I basically just sent him the track and then he recorded something over it, and before the track came out he hit me up and was like ‘yo can we get on a call real quick?' and he said what happens when we get in an interview, what do we say about eachother without knowing one another and I thought that was a good point. We were supposed to spend like 15 minutes on the phone together and ended up spending 2 or 3 hours. He's just the chillest dude, he's a college professor now, and the most knowledgable guy. He was so humble and so down to earth, and you find the guys who've been in it the longest, you know the legends of the scene, to always end up being the chillest because they've done and seen it all. They reach a point of singularity within themselves, and I really got that vibe from him. He seemed at peace with himself, and those are the people I usually end up getting a long with.

The development of your sound from the Boom EP back in 2009 and now, how do you feel that your signature style has come along and how do you feel it's influenced the genre?

Troy: I always just try and do what I think is cool regardless of  what people think, and sometimes it works and sometimes it doesn't. When I started writing music, dubstep for example I never wrote tracks specifically for a dance floor. I was just writing it because I thought it sounded cool, and that's what I always try and go off of, but it's funny because your opinions can change on what you think is cool after you start DJing. At the time (when the Boom EP was released) I wasn't really DJing too much, and now I've been touring for the last 3 months, this is show #49 and so now when I go home I spaced out a month so I can just go specifically write weird and different stuff. Usually I'm playing these weekend shows and I'll go home during the week and think ok I got to write something new that's gonna crack on a dance floor, but instead I decided to take a longer time and think of some weirder trippy shit.

Most, if not all, of the openers are signed to your Record Label Firepower Records, how does it feel to be around such amazing young talent, and how do you feel they help you grow as an artist?

Troy: Honestly, it's always something that we try and plan out to sit down and work on the bus, but it ends up just being jokes the whole time. Wake up at 6 or 7 pm, get a good meal in, drink some, and it ends up turning into like a gong show. It's fun though because we're all friends, and its nice having people from different corners because there's never a dull moment. We just have a lot of fun, for example we've got Kennedy Jones and ETC! ETC! they're from L.A. so I'd rather just sit with them in my studio there you know?

Some fans know you got your DJ name from your gamertag on Xbox Live, so which game would crush anybody at if they challenged you to a match?

Troy: I would crush pretty much anyone at Halo. I played Halo 1, I used to have everyone back in my house after school, everyone would get in my garage with 4 xbox's and 16 people hitting the grav bong. Then Halo 2 was online and I dominated that. We have Halo 4 and Halo: Reach on the bus.

So with my last question I was wondering, what's your definition of the ultimate day off?

Troy: It's funny because most people would consider traveling to the beach or something the ultimate day off, but because I travel so much for work, my ultimate day off is laying there at my house with my cat doing absolutely nothing but chilling there.

Thank you so much Troy for the awesome chat, and thanks again for the T-shirt! If you haven't seen Troy on tour yet, the show is a must! Be sure you follow Datsik on all his social medias and stay tuned into EDMSauce, your #1 source for all things dance music.