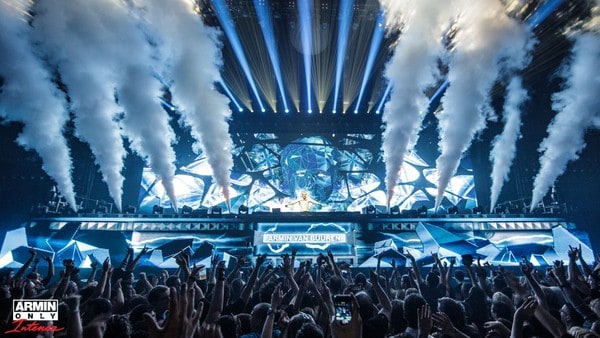 Over the weekend, Armin Van Buuren celebrated 700 episodes of ASOT (A State of Trance) by headlining his own ASOT 700 Festival and streaming it live from Olympic Park in Sydney, Australia.

Unfortunately, tragic news overshadowed the famous DJ's second date of the year with news that a teenager died while another is very ill in another drug-related incident. Sources say the death was an overdose involving peer pressure. We send our condolences and well wishes to the families of those affected by these events.

“(we) will continue to use drug dogs and search people at events if we believe they are carrying illegal drugs. If you carry and supply illegal drugs you will be arrested.” – New South Wales Police Department.

About one month ago, Van Buuren marked the year by launching a campaign with Heineken called “The Experiment.” It's premise is based on the idea of “Dance more, drink slow.” It's message is a heartfelt one from Van Buuren, who explains how he feels responsible for his fans and the environment they are exposed to at his shows. Watch the video below and check it out.