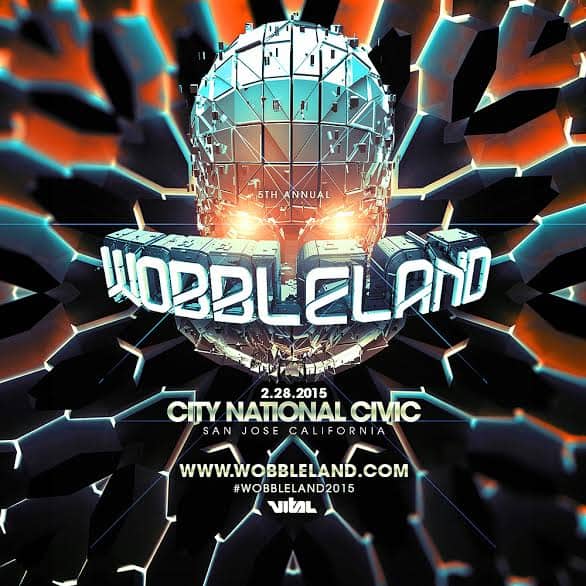 Deemed one of Northern California's biggest bass music shows, the creators of Wobbleland are gearing up for it's fourth run. Vital Events have made this their biggest event year after year and as the anticipation grows, fans are eagerly awaiting to see the lineup. Voted the best Dubstep event in the US in 2012, it's no doubt that Vital will pull their weight to bring out the best of the best. With past acts like Skrillex, Nero, Datsik, to heavyweight's like Cookie Monsta , Funtcase, and even a sax filled set by Griz, fans from all around have marked their calender for February 28th for it's return.

Returning to the San Jose Civic Auditorium, tickets are now on sale for the fans that have full faith in the lineup. Phase 1 drops Friday, January 23rd while the second round of artists will be announced February 13th. Grab your tickets HERE and get ready for the ground shaking event that is, Wobbleland.

Keep up to date by following Wobbleland | Vital on Facebook
In this article:dubstep, San Jose, Vital Events, Wobbleland