BARE Lets You Go: An Interview With BARE
Advertisement 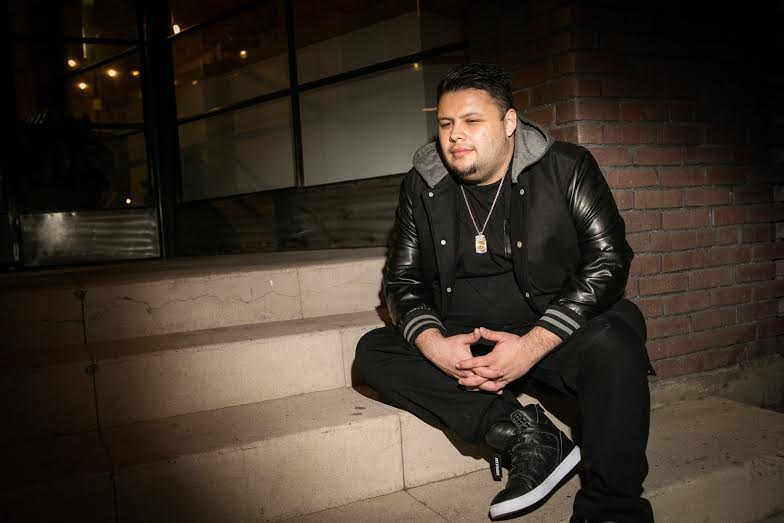 Sean Rodela, or BARE as he is known to the world, hails from East Los Angeles, having been raised in LA’s historic rave scene. Growing up in East Los Angeles, there’s one of two paths to walk and music and his family helped him walk the right one.

“In that area, you can either go down one path or a really, other, not good path and I thought music would be a good escape. It started off as a hobby and my brothers bet me that I couldn’t make something big out of this and you know how the sibling rivalry is, so I showed them.”

Expressing himself through bands and hip hop groups, BARE eventually found his passion in Electronic Music, working with 12th Planet and Datsik, and becoming the poster child of the Sub-Human label.

“When I got into the whole EDM scene, I started out listening to House cause that’s pretty much the biggest area at a rave. So right before I went into Drum & Bass, I was in bands and stuff. I was digging Drum & Bass and fell in love. I saw a couple of my friends mess with it and thought maybe it could happen to me, so I kept pounding at it and then I heard Dubstep and thought to myself, “Hey this is pretty sick” so I figured I’d take a hand in it and that kind of popped off.”

As Dubstep declined, BARE began experimenting with different genres, exploring his creativity and reinventing himself. He came to the realization that he just wanted to make people dance and have a great time.

I did that (Dubstep) for about 3 or 4 years and then I just got bored. I wanted to write new stuff. I got a lot of hate for it. The whole transition has taught me to be a lot more patient with all the haters. All the stuff from back in the day that would get me all riled up, I look at now and it’s funny. If you’re doing something good, you’re going to get hate, so you just got to take it with a grain of sand or something. I can’t wait to see what I’m writing in the next few years cause it’s just going to keep upgrading.”

BARE has an extensive library of music that has been released on some of the biggest labels in EDM, including Dim Mak, Spinnin, Ultra, and Hysteria just to name a few. He truly is living out his dreams and has set the bar even higher for himself.

“It’s awesome man! I used to be that kid who dreamed of having music on a big label or have just have one of my favorite artists play my track, so to have that crack and then you can go see who’s played what track and where, that never gets old and I don’t think it ever is going to get old. It feels great.”

With so many tracks out on such big labels, it’s no surprise that BARE has garnered support from some of the biggest names in EDM. He has remixed for Alesso, Tommy Trash, Calvin Harris, and has another one that’s coming out on Nicky Romero’s Protocol Label on October 20th. We can also hear his music being played at some of the biggest music festivals and night clubs from around the world, including BBC Radio 1 and SiriusXM Radio.

“It’s amazing. A lot of the people who play my tunes are people I still look up to. The fact that Bingo Players and other big name artists play my tunes and play my edits, I’m just over there with my mouth open, pinching myself to make sure this is real. It’s cool. It’s really cool! I think this and actual tunes getting signed to these big labels, those are the coolest parts of this Job, next to how awesome the fans are, those are all my favorite things about this job.”

A master of controlling the crowd and engaging them at shows, BARE is hailed as one of the toughest acts to follow. His extreme, full throttle sets have blown the minds of hundreds of thousands of people as he captivates fans and takes them on a musical journey of his “BARE EDITS.” His dynamic DJing skills leave the crowds in awe at every drop as he bombards them with nonstop energy.

“My dad always told me, since I was a kid, “If you’re going to go up there on stage, you give them your best and you make it hard to be followed.” And it’s something I’ve always kept in the back of my mind. I don’t want people to be like “It seemed like BARE was just alright up there.” In reality, I’m just going as hard as I can up there and giving it my all.”

If he’s not performing, he’s making music. His recent remix is of LA Riot’s “Let You Go” and BARE has decided to go in a slightly different direction with it.

“The second drop takes it into a trap vibe, but it’s still at 128 bpm, so you can still mix that into house, or trap if you want. It’s more of a hybrid track. Hopefully it’s one of those “O” factor tracks that just gets the crowd going.”

We can still expect a lot more original music from BARE as well! Hard at work, he has several new tracks and collaborations he’s hard at work on.

“I’m working on this new thing and the breakdown is great for vocals. I have a collaboration with BRAZZABELLE and these new kids from Seattle called BL3R, and I just finished up a remix for Steve Aoki’s new “Neon Future.”

With 2014 already a huge year for BARE, he still holds high standards for the rest of this year and going into next, releasing more music and playing a lot more shows!

“We gotta finish strong and come out like a bat outta hell next year! I’m looking forward to next year. I’ve worked hard this year and I’m only going to continue to work harder.”

Of course, none of this would be possible without his fans and BARE knows this. Whether it’s his interaction with them through social media or having meet and greets like the one he had after his set at Nocturnal Wonderland 2014, the love BARE has for his fans is undeniable.

“EVERYTHING I do, I do for them. BARE does not exist without my fans. At the meet and greet we had at Nocturnal, I remember I had finished the set and then we had our own little party off to the side because there were so many people and it was awesome! I got so much dope Kandi from them and I still have them all in my room. That’s what it’s about. That’s what this whole thing is about. Money is whatever, but fans are eternal.”

With all the support from his fans and colleagues alike, BARE has never been so inspired to work harder than he ever has before. As we close off 2014 and head into 2015, BARE is making sure that he keeps the momentum going.

“Better buckle your seatbelt cause shit is going crazy! We’re going on to the next level so get ready!”