TomorrowWorld 2014 Brings Us Back to the Music: Event Review
Advertisement 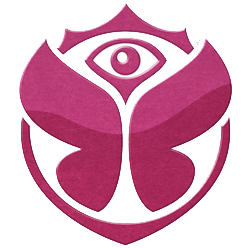 Almost six months ago TomorrowWorld unleashed it's multi-dimensional, genre-ignoring, ground-breaking lineup. Our first thought: ‘As expected, ID&T hits a homerun and we're all going to be scoring.' I didn't realize how spot-on we were until I heard the music, felt the energy, saw the visuals, and jumped into the journey of TomorrowWorld 2014.

In an industry of over-saturated sound and mass-produced festival hoopla, it can be difficult to find an event that is truly unique. We went to the source; asking the superstar tastemakers to describe the magnetism of TomorrowWorld in their own words:

You won't understand what it means to experience TomorrowWorld unless you're here, in the crowd and you're part of this world, even slightly… No drug can take you to the place that TomorrowWorld can. It's a high of its own kind. -Steve Aoki

Ferry Corsten also told us, “TomorrowWorld; there's something else. It's like an Alice in Wonderland for grown-ups. Amazing lineups. It stands out in terms of production.” The artists themeselves, many of whom are at a different festival every week all year, appreciate TomorrowWorld for its uniqueness. It earned praise for the site, the music, the vibes, the people, the food… everyone seemed to be thrilled with how the event came together.

“When we got here it looked amazing. It's hard to be different or unique for a festival amongst all the others but there's a special vibe here. They found something very international. It's only positive vibes. If you really want to be at a festival that really counts, TomorrowWorld is one of them. People come from everywhere to be here, it's insane. It's a multicultural festival which is really important. Everyone wants to hear different stuff. They aren't used to the same sound.” -Showtek

“I'm really happy to be included in such a beautiful festival. The grounds are gorgeous, I love being in Atlanta. It's 3 days of magic. If you've never experienced it before, you have to at least come once. It's not like anything else. It's fantastic.” -Lady Faith

However, let's face it, not all of us got to admire the view from the massive volcano DJ booth. Luckily, the headliners weren't the only ones who were speaking out about the festival's benevolent luster. Comments on social media were similarly positive:

I wasn't fortunate enough to attend TomorrowWorld's initial gathering in 2013, but I was at 2014's Holy Grounds at Mysteryland USA. ID&T, the production company behind both events, has built a reputation for being an industry leader in festival production. My expectations for TomorrowWorld 2014 were elevated following Mysteryland's inaugural American event. Although TomorrowWorld wasn't located on the sacred grounds of Woodstock '69 (Mysteryland), the atmosphere was still incredible.

The people…
Combined, TomorrowWorld and TomorrowLand might lead the world in international festival-goers. Since we can't check all the stamped passports, we have to go by the flags in the crowd, and this year's TomorrowWorld was flooded with colorful textiles scattered throughout the dancefloor. It all comes back to the idea behind ‘plur'. Without the music, there would be no event, but ultimately it's the people who make a festival memorable. Dance music has the unique ability to pull together cultures from all over the planet. Regardless of race, language, or heritage, we all found harmony with each other at TomorrowWorld.

The venue…
As dance music transitions into the mainstream it becomes increasingly more difficult to find a rural festival in the United States featuring the industry's top producers. Most of America's largest EDM events (Ultra, Electric Zoo, EDC) are housed in the country's largest cities. Standing atop the TomorrowWorld volcano we saw no skyscrapers; no bright lights. The isolated oasis of Chattahoochee stands alone amongst tall trees and thick forest. Scattered around the festival grounds we found secluded hiking trails, bridges traversing beautiful waters, and the majestic constructions of TomorrowWorld.

The production…
The mainstage is obviously the focal point of any festival production rig. We were drawn in by the size and detail of the stage design, but surprised at the lack of LED displays (only 3 compared to EDCLV's 28). Most impressive was the precision and tact used to make sure that every square inch of the volcano was perfect. A constant stream of smoke spewing from the volcano's mouth left the crowd anxious for its impending explosion.

The side stages / tents were scattered throughout the Chattahoochee woods. Water separated the festival into two distinct sections. The top area featured two stages on the water, in addition to a large dance tent. The lower area was home to the TomorrowWorld volcano as well as another tent and two smaller stages.

The camping…
We're going to talk about camping, and we're going to talk about not camping, because both are equally as awesome. Festivals that offer this sub-luxury option seem to be a dying breed in the United States. What's great about having an on-site campgrounds available is that not its an option. If festival-goers want to get a little messy they can engulf themselves completely into the festival. Most campers remained on the festival grounds for more than 72 straight hours – some who we talked to didn't shower in that timeframe.

For the more mature (or rest-needing) TomorrowWorld adventurer, local accommodations would be more appropriate. Some enthusiasts are quick to judge non-campers as ‘uninterested' or ‘not committed' but we completely understand this class of raver. The camping lifestyle isn't suited for everyone, and TomorrowWorld did an incredible Job to help equally facilitate campers and non-campers.

The music…
I decided to title this recap “TomorrowWorld 2014 Brings Us Back to the Music” because it did. It reminded us that festivals aren't about the light shows or the stages, they aren't about the drugs and sex appeal – we are here for the music. A production company like ID&T has spent more than a decade building relationships with the industry giants. Unlike most festivals, TomorrowWorld let their artists decide who was going to play. There was more than a dozen featured arenas but each day seemed to present one event that captivated our attention: On Friday we were assaulted by the sounds of Q Dance, on Saturday Skrillex and friends conquered the OWSLA tent, and on Sunday Ferry Corsten's Full On reintroduced trance to America. TomorrowWorld's lineup was unbelievably diverse: From Richie Hawtin to Diplo, electronic music had all sects and creeds represented.